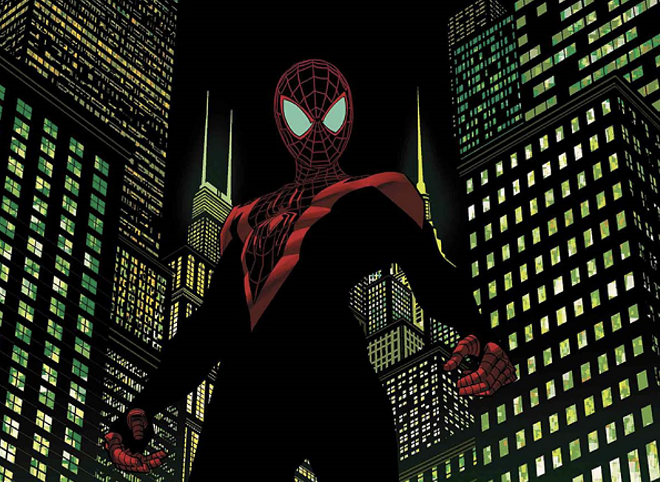 Marvel is spinning a new web for superhero favorite, Spider-Man — and Detroit author Saladin Ahmed is at the helm.

Detroit's Vault of Midnight will host the release of Miles Morales: Spider-Man #1, an all-new series starring Morales as your everyday teenager turned vigilante crime fighter. The debut series from Ahmed is illustrated by Ant-Man and the Wasp artist Javier Garrón and follows Brooklyn-based Morales as he encounters his first brushes with low-key criminals and big, bad villains like the armor-wearing Rhino.

As the first black Spider-Man and the second-ever Latino character to take the role, Morales made his first Marvel appearance in 2011's Fallout #4, taking over for Peter Parker after Green Goblin killed him off in Ultimate Spider-Man #160. Morales is also the subject of this month's upcoming Sony animated-film, Spider-Man: Into the Spider-verse.

The release of Spider-Man No. 1 follows this year's critically acclaimed Abbot, in which Ahmed recreates 1970s Detroit through the lens of a black, bisexual journalist as well as the author's recent Eisner Award win for Black Bolt.

The Miles Morales: Spider-Man No. 1 release and signing will take place on Wednesday, Dec. 12 from 4:30-6:30 p.m. at Vault of Midnight in Detroit and is free and open to the public. More information can be found here.