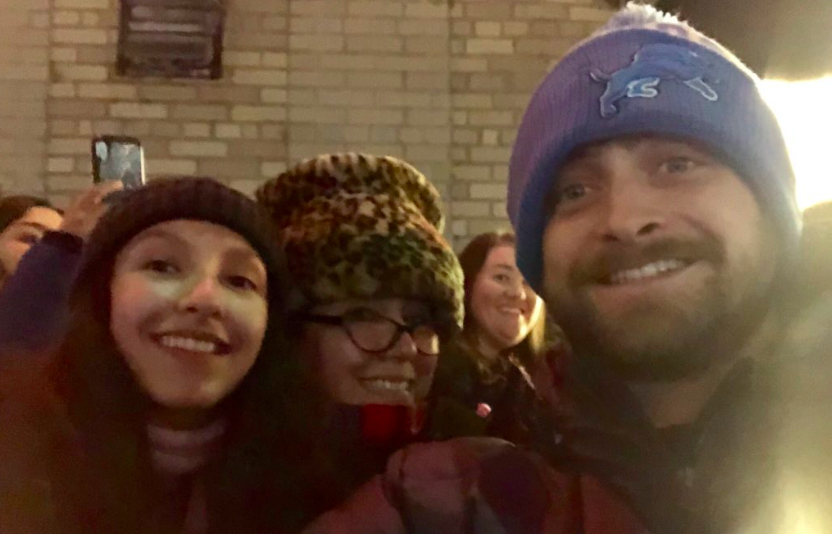 Well, at least the Detroit Lions can say they have a fan in Harry Potter.

Yep, here's a recent photo of Daniel Radcliffe spotted sporting some Lions swag. That's him posing with his girlfriend, Michigan-born actress Erin Darke, and a fan.

Darke, who describes herself as "a girl from Flint," has been dating Radcliffe since 2013, when the two met on the set of Kill Your Darlings. It appears that through Darke, Radcliffe has been adopting bits of our muggle culture as his own — the two were also spotted rapping Eminem's "The Real Slim Shady" during karaoke a few years go.

Or maybe it's just because the crest of Gryffindor was a lion?