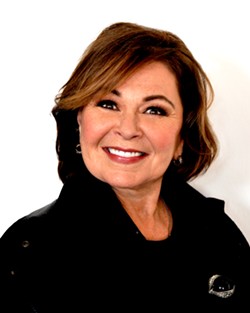 Last year was a trying time for comedian Roseanne Barr.

In spring of 2018, Roseanne was celebrating the triumphant return of her self-titled sitcom series after two decades of being off the air. Featuring the original cast, Roseanne was back on top – and had the TV ratings to prove it.

That all came crashing down in May of 2018 when Barr tweeted a racist remark about Valerie Jarrett, a former aide to President Barack Obama. Barr apologized for the comment, blaming the drug Ambien (causing the drug-maker to respond that "racism is not a known side effect" of its product).

Despite the apologies, Roseanne was quickly canceled by ABC, costing the jobs of Barr's on-screen and off-screen colleagues who worked on the sitcom. After several months of the network and cast trying to defend the show, the series was rebooted last fall as The Connors featuring the original cast — without Barr.

Now, Barr is hoping to reboot her career with a stand-up comedy tour that will hit select U.S. cities this spring. The tour will make a stop in the Motor City on Sunday, May 19 at the Fox Theatre.

Tickets start at $25 and go on sale on Friday, January 25 at 10 a.m. Tickets may be purchased through 313presents.com or Ticketmaster.com.