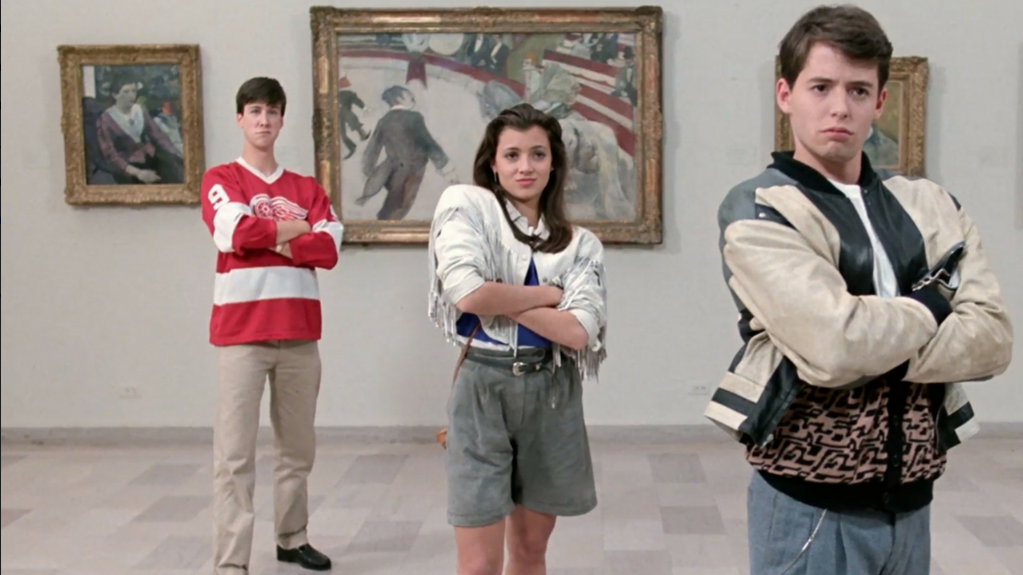 For a screenplay that was written in just six days after a one-sentence pitch with a cast of virtual unknowns, Ferris Bueller’s Day Off became the first cinematic how-to guide to playing hooky — not to mention a sightseeing trip through the Windy City. The 1986 John Hughes comedy starring Matthew Broderick as Ferris Bueller follows his misadventures with on-screen girlfriend, Sloane (Mia Sara), and Red Wings jersey-wearing bestie, Cameron (played by 30-year-old Alan Ruck), as they skip out on class to parade through town, take in some fine art, and, eventually, send a 1961 Ferrari 250 GT California Spyder to its demise.