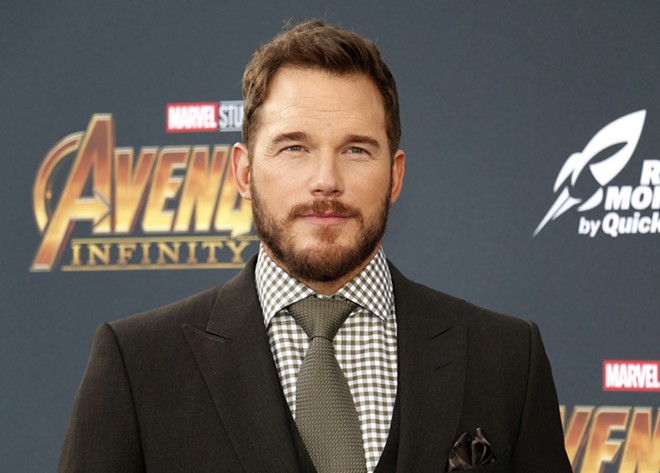 Students at Wayne State University can rejoice today after learning that the dinosaur slayer and Star-Lord himself, Chris Pratt, gave a shout out to the school in a video posted on Twitter by a WSU psychology student.

“I love Wayne State University,” said Pratt over the shoulder of a beaming Rachel Zelenak who recorded the video.

Pratt then holds a Sigmund Freud doll to his ear. “What’s that? Ah, Sigmund says that has something to do with my mother.”


Pratt, who is actually a community college dropout, did not make an appearance on the Detroit campus. Zelenak encountered the former Parks and Recreation star at Ronald McDonald House New York while she undergoes chemo to treat a tumor, according to her tweets.

Between his charity work and seemingly perfect presentation, Pratt has raised some eyebrows with some awkward comments in recent years.

Many questioned his humble and charming demeanor when he spoke about Hollywood needing more “blue collar America” representation, which was taken to mean more movies about straight white guys. Left-leaning media ate him up, while conservative outlets propped him up.

Pratt also ruffled some feathers during his MTV Generation Award speech last summer when he doled out a long-winded list of rules to live by, which included virtue signaling like “God is real, and he loves you,” and “learn to pray” between cheap laughs about giving a dog medicine and pooping at a party.

Love him or leave him, Wayne State students are enjoying the attention from the TV-turned-movie star who has been put under a microscope thanks to his skyrocketing fame. Whether this is a silly pander from a Hollywood opportunist or a kind gesture by a charitable man is up to you. But for today, Wayne State Warriors appear to be Chris Pratt fans.


Mike Dionne is an editorial intern for Metro Times.