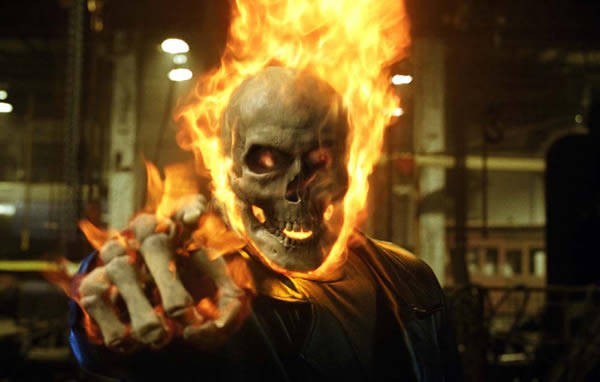 Some people want to sit back and watch the world burn. Others, like the impassioned folks behind the annual Nicolas UnCaged festival, want to watch a man burn. (Full disclosure, I am one of those people.)

The organizers of this year's Nicolas UnCaged fest have elected acclaimed pyrotechnic specialist and stunt man to Cage himself, Schuyler White, to attempt a world record. Originally, White had planned on attempting the longest full-body burn for the event but as it turns out, it is extremely costly to burn a dude for more than six minutes, and would require up to 10 safety technicians on site. Instead, he will attempt the most jumping jacks completed by a person completely engulfed in flames with assistance from Cage's stunt coordinator, Ele Bardha. The record, as it stands, is 30.

The sixth iteration of Nicolas UnCaged — which will return to Hamtramck's Planet Ant on Saturday, Feb. 23 — sold out within 24 hours after being announced.

However, there's good news for those who didn't snag tickets and still want to witness history, as the burn is free and open to the public. The burn will kick-off the event and will take place at Veteran's Memorial Park in Hamtramck, a five-minute drive from the venue. Currently, the stunt is slated for 6:15-6:30 p.m., but folks are invited to arrive early. 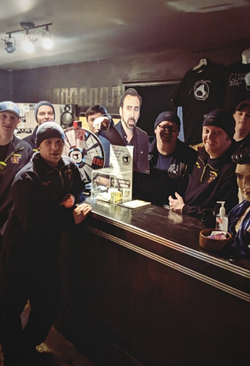 The celebration, which hails itself as the "world's premiere Nicolas Cage event," will screen Ghost Rider: Spirit of Vengeance as well Drive Angry, which may or may not involve a blonde-haired Cage having sex during a gunfight.

Food will be offered by sustainable pop-up and farm-to-table caterers Coriander Farms and this year's fest boasts a partnership with ROAK Brewers and, once again, will feature thematic drink specials and drinking games. Per usual, there will be a social hour and a talent and open mic section where guests are invited to perform songs, monologues, or simply profess their undying love for their "one true god."

The UnCaged organizers also launched a Go Fund Me to assist in funding the costs associated with the burn including supplies, materials, safety measures, as well as city permits and fees. The original posting had a goal of $13,000, which, at the time, included travel fees for the Guinness World Record folks. However, to achieve a world record one simply needs registered coaches and trainers on site to act as witnesses. The current goal has been updated to $6,500 to reflect this change. As of this writing, they have raised $2,000. All additional funds will be donated to the Hamtramck Fire Department, who will be on site for the burn.

To visit the Go Fund Me page, click here.

A detailed schedule as provided by the event's Facebook page is below: