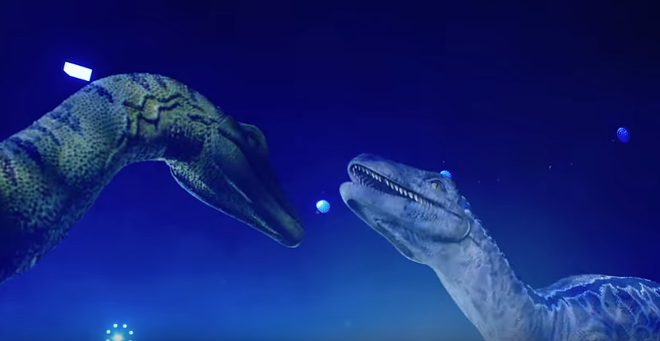 If you, like us, have ever dreamt of getting up close and personal with a Brachiosaurus, escaping the jaws of a nasty Indominus Rex in a poorly designed Jeep, or just taking some weed-infused edibles while comfortably seated in an arena while actors and animatronic dinos do their thing, well you're in luck. Jurassic World Live is coming to Detroit.

The latest adventure in the Jurassic Park universe takes the big screen to the even bigger stage in a live-action tour which promises stunts, special effects, projection mapping, and dinosaurs — some measuring at 40 feet. Oh, and it also has an original storyline that involves a new dino named Jeanie that needs rescuing, and hopefully does not involve Chris Pratt's character... or anything involving Chris Pratt.

Jurassic World Live is set to embark on a North American tour starting in September and will claw its way through Little Caesars Arena Nov. 14-17.

Tickets go on sale starting Tuesday, April 2 and can be purchased via Ticketmaster. More information regarding pre-sale tickets can be found here.

You can watch the trailer for the arena show below (or just watch this 10-hour loop of Jurassic Park's Dr. Ian Malcolm aka Jeff Goldblum laughing like a true .