'Time' names Detroit filmmaker behind 'Surviving R. Kelly' one of its 100 most influential people 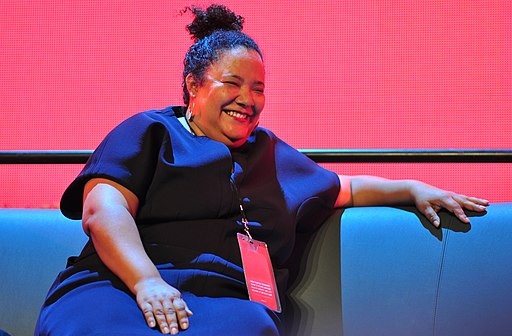 Since the airing six-part documentary Surviving R. Kelly earlier this year, three cities have launched investigations against the "Pied Piper of R&B," including Detroit. The lengthy, brutal doc expertly laid out the case against Kelly, following decades' worth of allegations of underage sexual misconduct and child pornography.

It seems to have stuck in a way no other investigation has: As of last week, the 52-year-old singer is alleged to have only $625 to his name.

That's why Time Magazine has named the doc's producer — Detroit filmmaker, author, and advocate, dream hampton — among its 2019 list of the 100 most influential people.

#MeToo founder Tarana Burke, who appeared in the documentary and penned hampton's Time intro, said she always knew that hampton was "the kind of storyteller who would change things."

"dream's work has always been about capturing our black magic, in all of its complexity, so that we might see ourselves clearly," she added.

Hampton shares the honor with Dwayne Johnson, Sandra Oh, Dr. Christine Blasey Ford, Nancy Pelosi, and journalist Gayle King, who made headlines last month when she conducted an explosive interview with Kelly during which he likened the fallout from Surviving to a personal assassination.

While Surviving R. Kelly focused on the dozens of women who claim to have suffered abuse under Kelly (many of whom were underage at the time), as well as those in Kelly's inner circle who appear to have been complicit to his alleged crimes, Detroit also plays a large role the doc. That included Kelly's infamous secret marriage to Detroit native Aaliyah in 1994. Shortly after, Kelly, then 27, would produce the 15-year-old rising star's breakout record Age Ain't Nothing But a Number.

A segment of the documentary is also dedicated to the #MuteRKelly — a radio boycott campaign started by Atlanta arts administrator Oronike Odelay. One of the movement's largest protests, also featured in the documentary, was that outside of Kelly's nearly sold-out 2018 performance at Little Caesars Arena. The LCA protest was lead by Detroit activist Kalimah Johnson.

Hampton told the Free Press that she hoped Surviving R. Kelly would bring attention to "an incredibly important story."

"We have to see what gender violence looks like, what sexual and mental abuse look like, in order to avoid it and know the signs," she said.