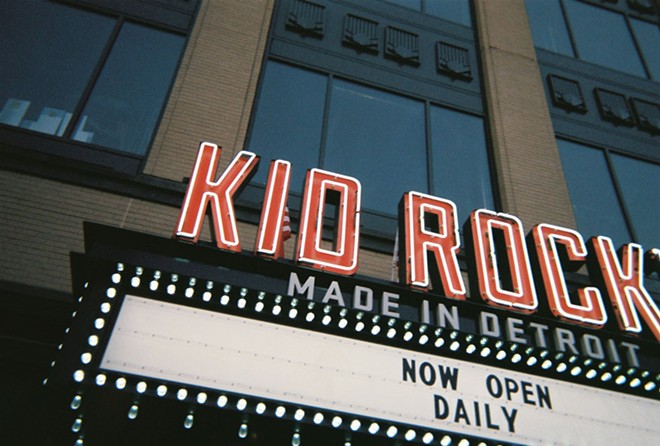 Kid Rock’s Made in Detroit restaurant is hosting "Take the Stage," a Battle of the Bands event to find the new house band for Kid Rock’s restaurant inside Little Caesars Arena.


The contest requires a submission of a one- to two-minute demo to kidrockinfo@kidrockrestaurant.com by midnight on Saturday, May 25. Forty bands will then be chosen on Monday, May 27, and will have their demos posted on the restaurant’s Facebook event discussion until Sunday, June 2. The 16 bands with the most likes will then be asked to perform live at Kid Rock’s Made in Detroit’s Battle of the Bands event.


Kid Rock’s Made in Detroit is an eatery within Little Caesars Arena at 2645 Woodward Ave. in Midtown that serves classic Detroit dishes, as well as some with Southern influences. The restaurant also hosts events such as parties and live music shows.


The winning band will play on Friday nights after Red Wings home games, as well as for special events at the restaurant. The band will be paid for each show that they play.


Contest details and submission rules can be found at here.