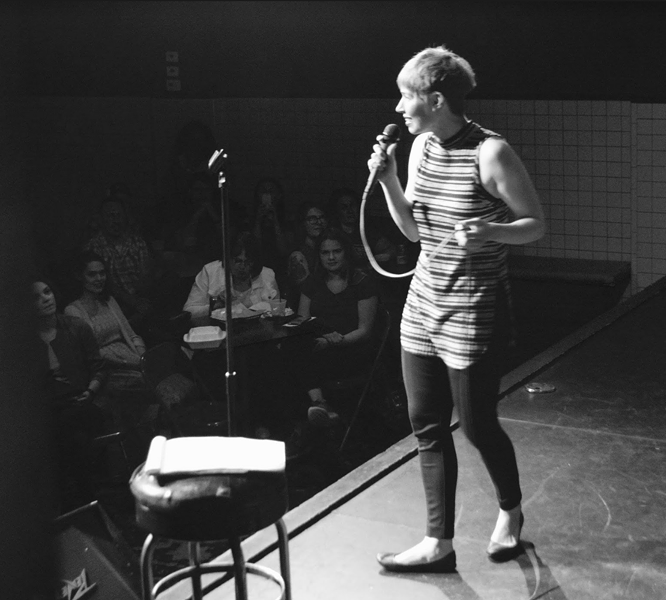 It’s no secret that the late comedian and Saturday Night Live star John Belushi openly despised women comedians and, as recently as 2007, writer Christopher Hitchens penned an essay titled “Why Women Aren’t Funny” for Vanity Fair in which he claimed that there are “more terrible female comedians than there are terrible male comedians.” Well, we have some news for you, sir: Women-identifying comedians are funny. Really fucking funny, in fact.

Giving ladies the last laugh is the second annual Detroit's Women of Comedy Festival. The four-day festival will feature more than 50 acts across Planet Ant’s five stages, ranging from solo stand-up comedians like Dani Schi, Katie Morrisey, and Silvi Santoso, and improv troupes including Patty & Patty, the Gay Agenda, and Golden Girls, as well as workshops and live podcasts such as Reasons Why I’m Single and The Michael Duprey Variety Hour.

Returning to the festival is Mama’s Boy, an L.A.-based, all-female group that originally started out in Detroit. The group typically invites a male member to perform with them, but this year Chicago’s revered Susan Messing, a founding member of the Annoyance Theatre, will join the group as its “Mama’s Girl.”

DWCF will also feature Jaime Moyer (Brooklyn 99) and Maribeth Monroe (Workaholics) in their duo, Moyer and Monroe, as well as StaceJam, a one-woman musical improv show performed by Chicago’s Stacey Smith. Shantira Jackson (Busy Tonight) will join Smith to perform in their duo, Womance. 3Peat, which has been featured on Comedy Central for the sketches “The Blackening” and “In Those Genes,” will also headline.

A majority of the proceeds from the festival will go toward Girls Rock Detroit and the Detroit Creativity Project.