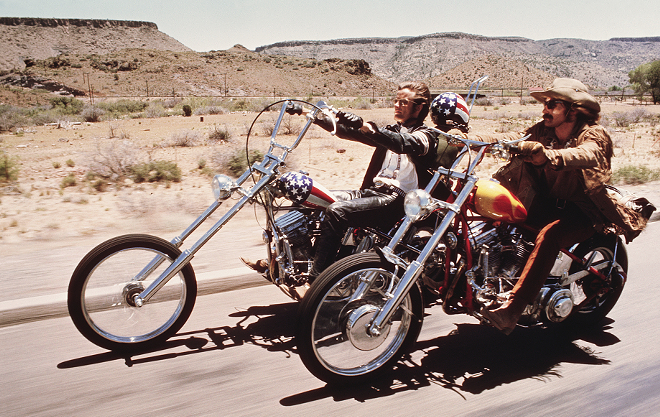 Made on a mere $400,000 budget, Dennis Hopper’s directorial debut earned more than $60 million worldwide and, in a meta sort of way, put a national spotlight on an American counterculture that the characters of Easy Rider encountered during the film’s cross-country motorcycle journey.

This year marks the 50th anniversary of the film, which stars Jack Nicholson and Peter Fonda, as well as Hopper. To commemorate the cinematic occasion, Senate Theater has teamed up with Wheelhouse Detroit Bike Shop, Femme Pedals, Motor City Riot, Detroit Moped Works, and others to present a freewheeling afternoon that kicks off with a community ride followed by an organ overture, music by DJ Reverend Tire Iron, as well as a screening of the classic 1969 film.