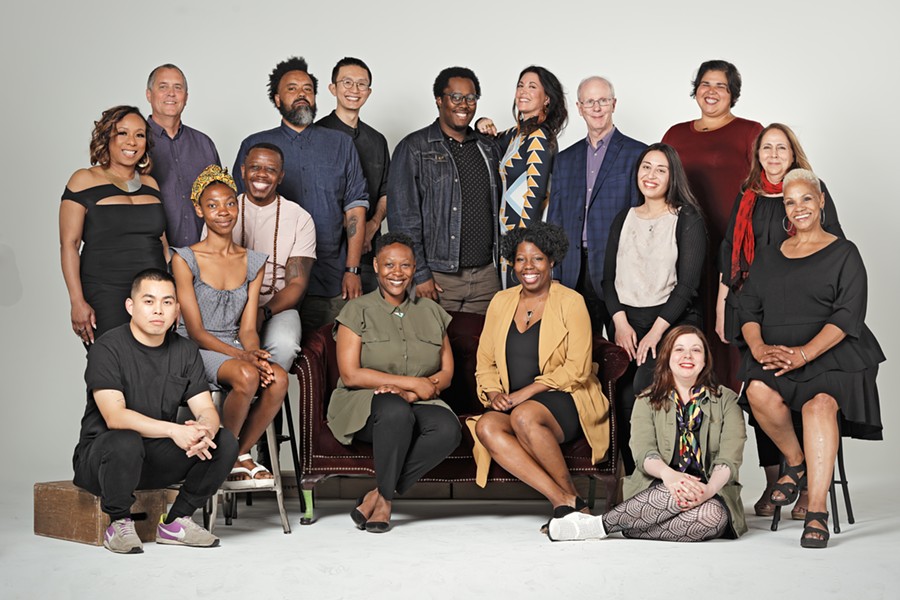 Kresge Arts in Detroit has named 18 Kresge Artist Fellows and two Gilda Award recipients. The Detroit-area artists will share a total amount of $460,000 in grants and awards.

Kresge president Rip Rapson said in a press release that the crop of new fellows and awardees is “poised to lift spirits, open hearts, stir our thinking, and challenge our complacency.”

Kresge is also presenting an exhibition entitled Parallel Visions to celebrate 10 years of supporting artists in Detroit, which will feature around 20 Kresge Artist Fellows from the past decade. The exhibition will include visual arts, literary arts, performing arts, and film disciplines.

“A decade ago we recognized Detroit’s arts community as one of its bedrock strengths,” Rapson said in a press release. “We were convinced that heightening the visibility and advancing the careers of artists themselves would bring cascading benefits for the community of artists and the community at large — socially, culturally, economically.”

One Gilda Award in visual arts and another in literary arts were also announced. The Gilda Award honors the late artist Gilda Snowden, an artist and educator, as well as a 2009 Kresge Artist Fellow. Gilda awardees are granted $5,000 in support of their work.

“As I near the end of my tenure at CCS, I take pride in the College for Creative Studies’ role in supporting the Kresge Foundation’s belief that individual artists matter to the vitality of a community,” CCS president Richard L. Rogers said in a press release. Rogers will retire on June 30 after 25 years.

The awardees were selected from a pool of 850 applications, and judged by panels of both local and national artists and art professionals. Awardees were selected based on several criteria, including the potential for them to enhance and impact metro Detroit communities. The awards and fellowships are funded by the Kresge Foundation and facilitated by the Kresge Arts in Detroit office of the College for Creative Studies.

Parallel Visions is open to the public from July 12 through Aug. 24 at the Wasserman Projects gallery in Detroit’s Eastern Market.