Gun control has been an ongoing debate in the U.S., with the conversation escalating after the tragic Parkland, Sandy Hook, Pulse nightclub, and Las Vegas shootings, among others.

In a small room at the Trumbull & Porter Hotel, McDonald Crowley and Khoshbin created an exhibit with a tattoo parlor pop-up and merchandise created by Khoshbin in every corner. The room also displayed all of Khoshbin’s “What is the Opposite of a Weapon?” pieces.


“With that project, around the time of the Parkland shooting, and some other police brutality cases that were going on nationwide, I was thinking about this culture of fear that we live in, and how we’re becoming so desensitized to violence,” says Khoshbin, explaining the inspiration behind her work.

The art pieces display symbols of love and affection to represent the things that people said they believed were the opposite of a weapon.


“Part of the thinking behind the project was just pushing our minds toward these ideas of compassion, empathy, nonviolence, and disarmament, by asking the simple question 'What is the opposite of a weapon?' to people across the country.” 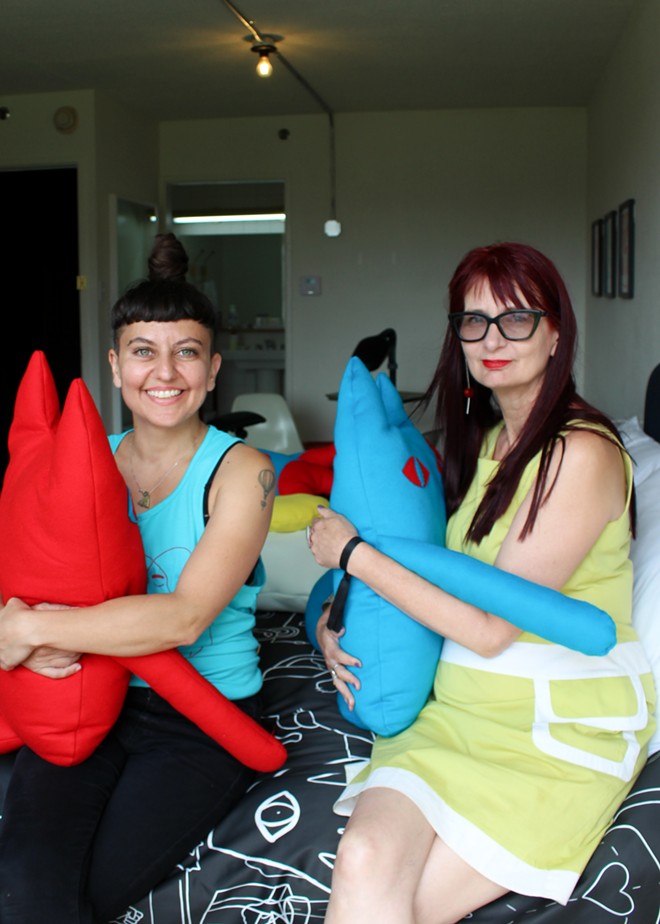 Prior to creating the artwork, Khoshbin traveled to gun shows asking people what they believed was the opposite of a weapon, and then showcased those answers in her work.


On top of printing her illustrations on duvets and T-shirts, and creating 3-D versions of them with sculptures, Khoshbin also got a tattoo license to push the boundaries of what she could print her work on next.


“The idea there is creating an intimate space to have a conversation about this,” Khoshbin continues. “It’s this juxtaposition — I am literally wounding your body, but we’re talking about healing not only from that, but also from violence.”


The pair do not have any official plans to take the exhibit on a tour, but their passion for the issue may just send them on more hotel-turned-tattoo-parlor endeavors.


For more information about the project, visit @tinyscissorstattoo on Instagram.