The cast of 'Schitt's Creek' heads to Detroit's Masonic Temple 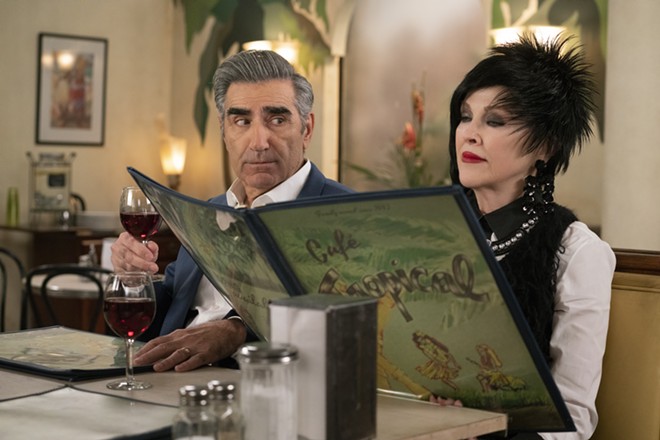 Being rich is really hard, you guys. Even harder than being rich is being rich and then suddenly not being rich. Putting the “fun” in “dysfunctional” for five seasons is the Rose family, who, after growing painfully accustomed to their lavish lifestyle, lose everything and are forced to relocate to the small town of Schitt’s Creek, which is their only remaining asset.

Created by Daniel Levy and his famously funny father, Eugene Levy, Schitt’s Creek was a bit of a sleeper hit from the CBC network, but now is an inescapable comedic force. It's made even more impactful in part due to Catherine O’Hara’s portrayal of the family’s matriarch, Moira, who could easily rival Arrested Development’s Lucille Bluth for schittiest TV mom. The show’s cast, which includes Levy and Levy, O’Hara, Annie Murphy, and Noah Reid, will be present for an up-close and personal look at the show, its characters, and maybe even Moira’s wig budget.