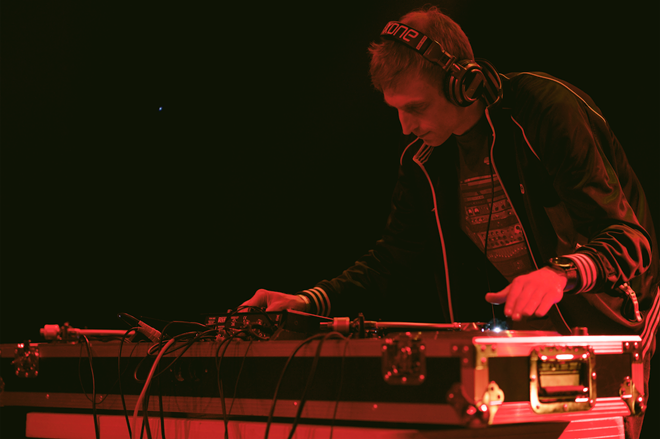 He says that he plans to bring in food pop-ups, have guest artists, and have nights where he focuses on certain subgenres of reggae to diversify the sounds people are hearing.

Glicker has been producing reggae music in Michigan for over 15 years, incorporating roots and dub elements into his work. At a young age, he found a handful of reggae records in his dads vinyl collection. Glicker says he remembers feeling drawn to the sound because it sounded different than any other type of music he heard before.

“The rock records stuck out to me, I liked the jazz, but the reggae stuck out to me, because I was sort of entranced by the phrases,” Glicker says. He added that although they speak English in much of Jamaica, the patois sounds very different and has influenced his music through the years.


After graduating from high school, Glicker attended New York University and the Toronto Film School, where he studied music and learned more about Jamaican culture and music production.


Within his own music, Glicker focuses on heavy beats and enticing vocals to get the crowd into the music. Satta Don Dada produces mostly reggae, dub, dancehall, and jungle music, as well as hip-hop. He says there aren’t a lot of artists who are mixing vinyl records and producing his style of music, which has helped to set him apart from other DJs.


When he is performing as Satta Don Dada, Glicker says he has the ability to read a room and understand what types of music to play, whether it be roots, dub, dancehall, or other related genres of music.


“I try to play a lot of variety and definitely stuff that is going to be more emotive," he says. "I love the stuff were vocalists are pouring out their heart over the track.”


Glicker explains that when reggae artists put together a record, they would often put instrumental versions on the b-side of the records that producers would put effects on to give it a new sound — which created the subgenre of dub.


“They would create their own track out of an existing track, so what that actually evolved to, a lot of people don’t know this, is it became what we know today in the electronic music scene as a remix," he says. "So a dub was really the first actual remix.”


As Glicker became more well-known, he started playing more reggae-influenced dub, which earned him a reputation within the music community.


He says a lot of events artists can play at “one-off” events; single shows that aren't recurring opportunities. It wasn't until he moved to Detroit, he says, that more opportunities for reggae shows came up.

Pam Hamilton, bar manager of Detroit City Distillery where Glicker has a four-month residency, says she’s known Glicker since he started performing in Ann Arbor over a decade ago.


“We are very open to music, we might do Jazz on another night, on Tuesdays we do like a rotating night with other DJs,” Hamilton said. “Its great to have a really great place for entertaining and for music, so I’d love to have more local artists come and play.”


You can find Satta Don Dada playing live at the DCD with no cover every other Friday, from 8 p.m. to 12 a.m.