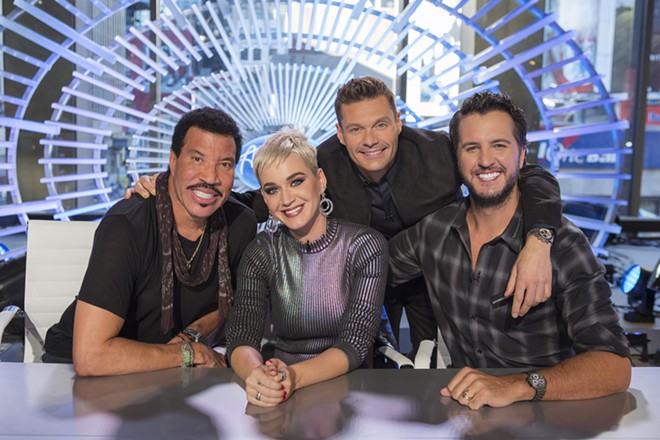 Well, leave it to the folks behind American Idol — the we-can't-believe-this-show-is-still-going singing competition — to decide.

While aspiring metro Detroit superstars may not be able to belt their sultry rendition of a Post Malone track or butcher any number of classics in front of Idol judges Katy Perry, Luke Bryan, and Lionel Richie during this round, show producers will be on-site making the call. Just looking for screen time? Well, the preliminary televised auditions are as well known for providing a glimpse into the early stages of stardom as they are giving the sad, desperate, and downright kooky performers a moment to be seen and mocked.

This round of auditions marks the first Idol stop since 2013, when auditions for the 13th season were held at Detroit's Ford Field and where Farmington Hills native Jena Irene Ascuitto was selected to move forward, eventually winning the judges over with a rendition of Adele's “Rolling in the Deep.” Ascuitto finished in second place and, years later, shed the Idol image by embracing a 4/20 lifestyle (and was the subject of a Metro Times cover story).

While American Idol has been on the road auditioning America's talent since July, the show has also been making headlines as the show's judge and resident pop star, Katy Perry, has found herself embroiled in the #MeToo movement after allegations of misconduct came to light — starting with a televised moment during a 2018 episode of Idol where Perry forced an unsolicited kiss on 19-year-old hopeful Benjamin Glaze after he admitted to having never kissed a girl before. Perry has also been accused by her “Teenage Dream” co-star Josh Kloss for pulling his pants and underwear down at a party, exposing his genitalia to party-goers.

Anyway, those looking to take advantage of the Detroit Idol auditions are invited to register online where they can also download a release and story form, as well as guardian paperwork for minors (as the minimum age requirement to audition is 15).

Idol hopefuls are also able to register the day of the event starting at 9 a.m.

For more information on how to register as well as eligibility requirements visit the official site here.