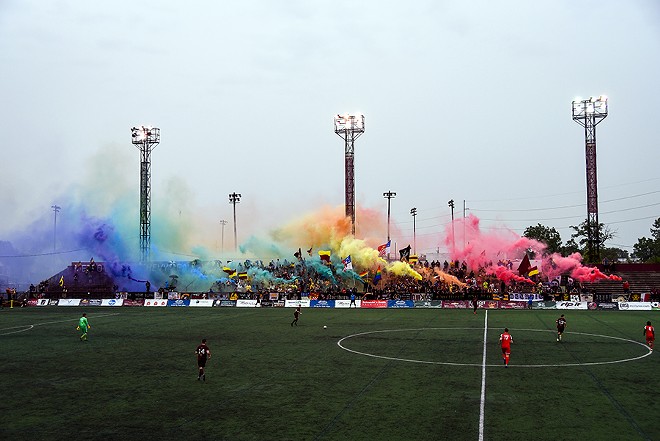 “It’s something we’ve always had on our mind,” Detroit City FC CEO Sean Mann tells Metro Times. DCFC hosts a number of youth teams, and Mann emphasized the importance of having female role models for the players in the girls’ league.

“It was time for them to have a team to look up to,” he adds.


Mann says DCFC is currently speaking with coaching candidates, who will then choose players for the new team. “I think the bulk of the squad is going to be local talent,” Mann says. Given the national reputation of DCFC, he also predicts players from around the country will join the team.


In a press release, Mann indicated that the creation of a women’s team furthers the organization’s mission of representing the Detroit community. He says he's confident the women’s games will generate the same enthusiasm as the men’s games.

“We’ve kind of redefined what attendance looks like for a men’s team at our level. We hope we can get the same turnout for the women’s team.”