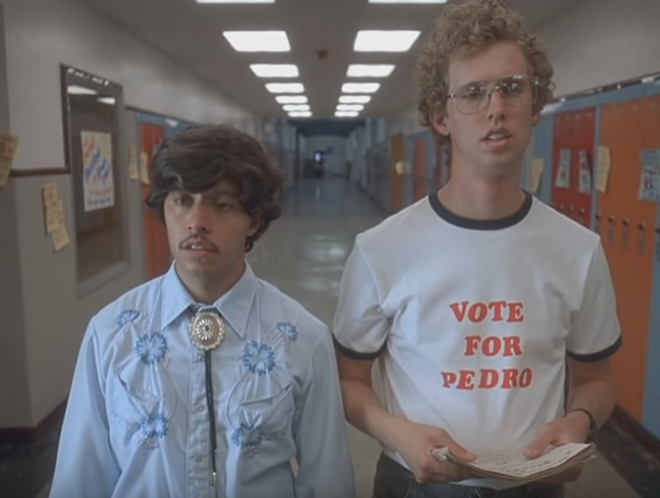 While a lot has changed since 2004 (smartphones, social media, and vaping come to mind) one thing is still totally accurate: “Girls only want boyfriends who have great skills.” More specifically, nunchuck skills, bowhunting skills, and computer hacking skills.

The delightfully quirky and understated coming of age cult comedy, Napoleon Dynamite is celebrating its 15th anniversary with a special cast-hosted screening at the historic Redford Theatre.

Released in 2004, Napoleon Dynamite and some members of its perfectly cast band of outcasts — high school body president hopeful, Pedro (Efren Ramirez), Jon Gries who plays Napoleon's football-throwing uncle Rico, Tina the llama aka “fat lard,” and Napoleon himself, played by Jon Heder  — will be in attendance for a special anniversary screening and Q&A session in Detroit on Jan. 10 and at Kalamazoo's State Theatre on Jan. 11.

Tickets ($25+) are on sale now and can be purchased by visiting redfordtheatre.com and kazoostate.com.