DIA's Impressionist exhibition expands to 2020 thanks to near-record attendance 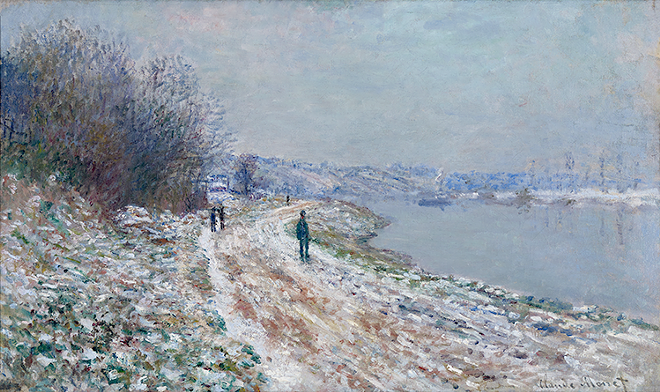 If you haven't had a chance to behold the beauty of the Detroit Institute of Arts' new Impressionist-era exhibition, there's still time. The museum announced Tuesday that it will now run through Sunday, Jan. 5, 2020. The show, which opened in June, was originally supposed to come down in October.

The museum says it made the decision to keep it open due to near-record attendance: more than 100,000 people visited the exhibition in its first 13 weeks, and 200,000 are expected by the new closing date, which will make it the highest-attended exhibition at the DIA in nearly 20 years.

"We're delighted that the Albright-Knox Art Gallery agreed to share their treasures with our community a bit longer," DIA director Salvador Salort-Pons said in a statement. "Extending this exhibition gives our audience the opportunity to enjoy these masterpieces with friends and family during the holiday season. Seeing these works in person is an experience that our visitors can't get on television, in books, or from the internet."

Humble and Human: Impressionist Era Treasures from the Albright-Knox Art Gallery and the Detroit Institute of Arts, an Exhibition in Honor of Ralph C. Wilson, Jr. features 44 works by Impressionist and Post-Impressionist painters like Paul Cézanne, Edgar Degas, Vincent van Gogh, Claude Monet, Berthe Morisot, Pierre-Auguste Renoir, and more. Many of the works on display had never been shown in Detroit.

The exhibition honors art collector Ralph C. Wilson, Jr., the founder and owner of the Buffalo Bills who lived in the Detroit area for much of his life.

Admission is free with museum admission to residents of Wayne, Oakland, and Macomb counties.