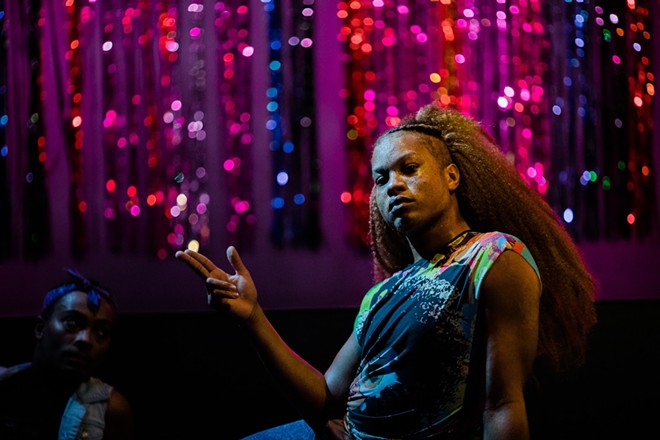 Something beautiful happened on Oct. 11, 1988: National Coming Out Day was established. The day, which was selected to commemorate the 1987 march on Washington for Lesbian and Gay rights, is intended to encourage those in LGBTQ+ communities to use their voice — and their coming out — to empower others so that the fight for equality is a more unified front.

The folks over at Planet Ant — the Hamtramck nonprofit community theatre and comedy complex — are celebrating with the second annual Live Out Fest, which starts Thursday, Oct. 10, and runs through Sunday, Oct. 13, and offers some delightfully queer programming, including a queer-reimagining of Shakespeare's As You Like It, aptly billed As They Like It.

“We have pride month every year, and that is a wonderful tribute to the LGBTQ+ community; but I’m especially interested in the ways we actively, purposefully, rebelliously live out loud every single day,” says Live Out Fest producer and Planet Ant's media and marketing director Kaitlyn Valor Bourque. “Live Out Fest honors National Coming Out Day and the immense, wide-ranging, daily contributions made by queer people throughout our communities — particularly, the ways that these contributions inherently make our communities stronger and more vibrant.”

The event kicks off on Thursday with a queer version of Planet Ant's weekly comedy revue, Thursday Night Live followed by Haireoke hosted by visual/performance artist and comedic emcee, Cole Davis (for those who aren't hip to Davis' unique spin on karaoke, it's karaoke with wigs.)

The festival also features dance performances, spoken-word poetry, comedy, burlesque, and music by Duane and First Responders, as well as DJs Auntie Chanel and Ariel Sports. A special edition of Genderbender — Planet Ant's recurring drag show, is also scheduled, along with a queer market, drag bingo, and brunch (psst: the queer market is still looking for vendors). Two evening-length performances of Not In My House by the Kristi Faulkner Dance Company are also on the bill, and they explore coming out through contemporary dance and storytelling.

Tickets for Live Out Fest are $49 for weekend passes with entry to all events, or they can be purchased a la carte via planetant.com. Those tickets start at $7.