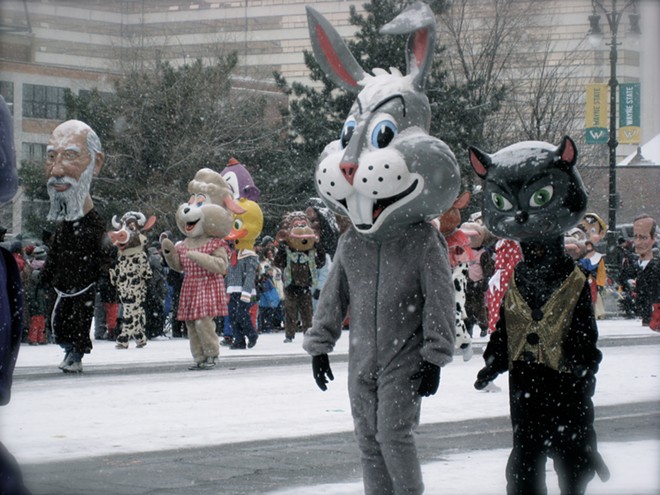 The 93rd Thanksgiving Day parade in Detroit will feature a number of celebrity guests and new floats, and the theme for this year’s parade is "Detroit Shining Bright."


The parade will kick off with a special live performance by the Detroit Youth Choir, before they join mayor Archer to lead the parade down Woodward Avenue. Along the way, the new Michigan State basketball coach Tom Izzo “Big Head” float will debut.


Several new floats and big balloons are scheduled for the parade this year. The three balloons will feature Kung Fu Panda, Regal Eagle, and Holiday Elmo. Seven new floats will be seen on Woodward, including “Christmas Under the Sea” by Art Van, “Looking Out for You” by Huntington Bank, “Serving With Energy” by DTE, “Creating Tomorrow Together” by Ford Motor Company, and more.


Fans who bought tickets to Ford Field will experience a special duo concert featuring the Detroit Youth Choir as well as Nelly, Grammy-Award winning artist of the hit single “Ride Wit Me.”


The event kicks off on Thursday, Nov. 28. Live coverage begins at 6 a.m. and a pre-parade show starts at 9 a.m. The parade officially starts at 10 a.m., with live coverage until noon. The event is free for all to gather along Woodward Avenue and enjoy the show.