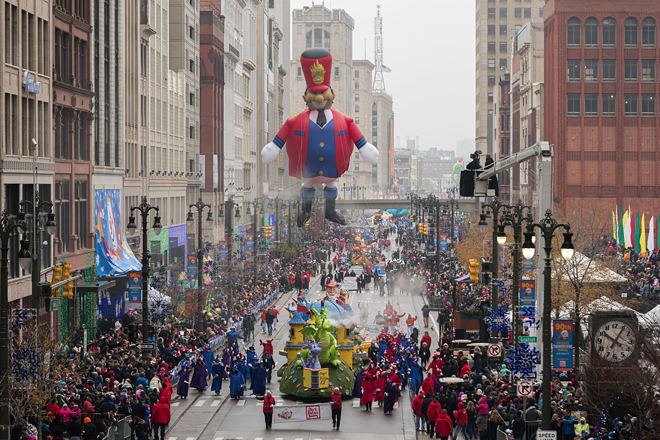 The holidays can be stressful, maybe even emotional. Perhaps, for some, downright depressing. Don’t focus on the Trump-voting family you’ll be bumping elbows — and ideals — with over turkey, stuffing, and pie. Thankfully, there are still many pure things in this world, one of them being the 93rd America’s Thanksgiving Day Parade in Detroit.

This year’s theme is “Detroit Shining Bright” and the parade will invite some local stars to illuminate the festivities. Among those slated to appear are 1984 Detroit Tigers world champions Lance Parrish and Dave Rozema, Disney star Isaac Ryan Brown, and 2019 Rocket Mortgage Classic Champion Nate Lashley. Former Detroit Mayor Dennis W. Archer and America’s Got Talent sensation the Detroit Youth Choir will serve as this year’s grand marshals. Parade favorites like the “Big Heads” will return with the newly added Michigan State basketball coach Tom Izzo. Per usual, Santa Claus will take a break from his busy schedule to serve as the event’s headliner, gift-packed sleigh and all.