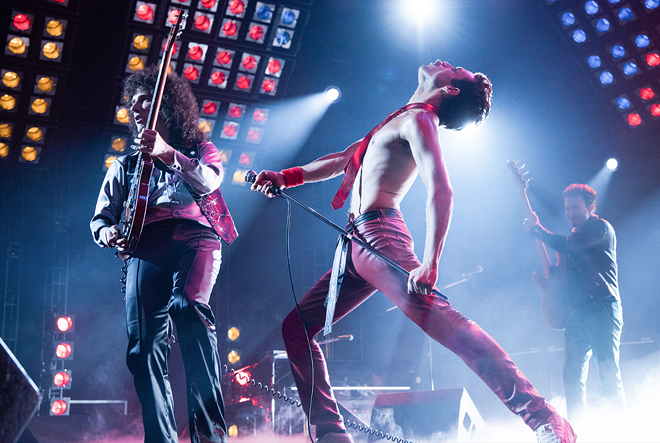 OK, so last year’s Academy Award-winning Queen biopic Bohemian Rhapsody may not be one of our favorites (we prefer Todd Haynes’ I’m Not There or Gary Busey in The Buddy Holly Story), but what the film managed to do was pretty remarkable. Not only is it the highest-grossing music biopic of all time, but it marked a resurgence for the Queen catalog, launching 16 of the band’s 50 songs to Billboard’s Hot Rock chart, proving both that rock ’n’ roll in 2018 sucked and that Freddy Mercury and Queen are the real champions.

Anyway, the Bryan Singer-directed film was riddled with issues and controversy as early as pre-production, including Singer’s — who was fired mid-filming but still made $40 million and scored the singular directors credit — own rap sheet of sexual abuse allegations. The film also takes some timeline liberties and may have caught some flack after it won the Oscar for best editing (when in fact the editing was a little loosey-goosey at best). Thankfully, Rami Malek’s portrayal of the late, great Mercury is a beautiful ode to one of the most complex and iconic figures in rock ’n’ roll history, and the music sings for itself. This screening of the film will include lyrical captions so you can scream “Scaramouche!” at the top of your lungs in public without shame.