There is no spoon, but there are screenings of 'The Matrix' at Detroit's Redford Theatre 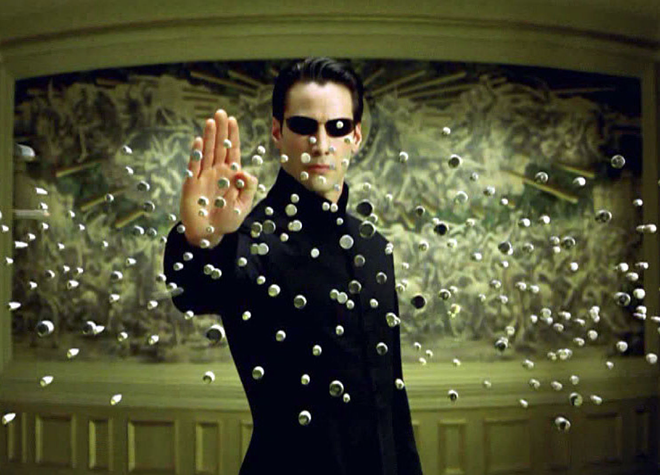 Think about it: It's a film about a race of machines that enslave humanity by trapping us in a virtual-reality simulation so they can harvest our energy. It's a lot more entertaining when a hot-ass Keanu Reeves is bending over backward, dodging bullets as Neo than, say, being forced to face our own reality in 2020, which is eerily similar to the film's fictional digital hellscape.

Fun fact: Will Smith, Leonardo DiCaprio, and Johnny Depp were all approached for the role of Neo, but all turned it down. Smith apparently picked the dud pill when he opted to star in Wild Wild West instead because, at the time, he didn't understand the Wachowskis' Matrix pitch.