Detroit won't be getting an Alamo Drafthouse movie theater after all 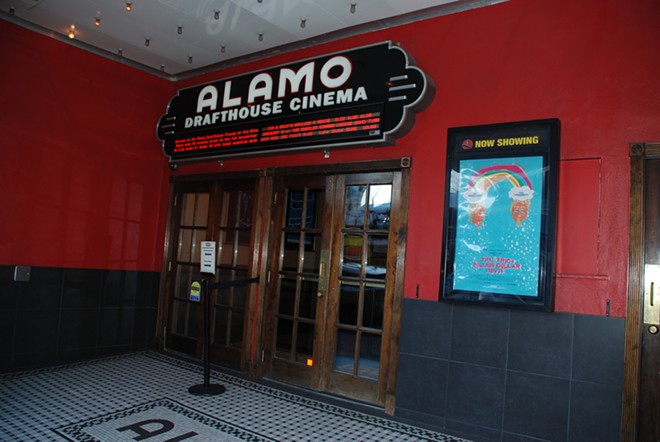 Bummer — it looks like Detroit won't be getting a trendy Alamo Drafthouse movie theater.

The deal reportedly fell through after developer Detroit Rising Development could not secure 300 parking spots, according to Crain's Detroit Business — causing one Twitter user to quip: "This is like Detroit Mad Libs."

Announced in 2018, the $13 million project would have brought a nine-screen theater to a Detroit Water and Sewerage Department-owned site on Stimson Street west of Woodward Avenue in Midtown. But Alamo Drafthouse officially terminated the plan in December, Crain's reports.

Founded in 1997 in Austin, Texas, Alamo Drafthouse theaters have become known as kind of a hipster movie chain, showing indie art house flicks alongside Hollywood blockbusters, with craft beer and a full food menu delivered right to the seats.

It's a shame because Detroit, which was once known for having dozens of ornate theaters in its heyday, has become a movie theater desert in recent years. Now, people can only catch first-run mainstream films at the Bel Air 10 on Eight Mile, or go to Cinema Detroit or the Detroit Film Theatre in Midtown for art house flicks.

Rapper Big Sean has reportedly partnered with the chain Emagine to bring a new theater to Detroit, but new details on that project have yet to be announced.