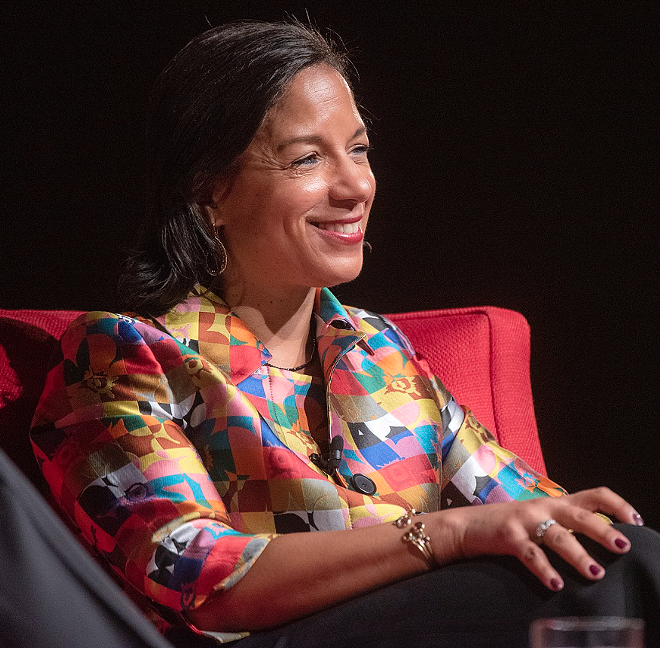 The Rhodes Scholar and former U.S. Ambassador to the U.N. and national security adviser to President Barack Obama tore into President Donald Trump after he blamed the Obama administration for funding the very missiles that struck Iraqi bases last week. “This is another series of despicable lies by President Trump,” Rice told MSNBC. “The fact that three years after taking office he remains obsessed with President Obama shows President Trump’s extreme weakness & insecurity.”

In her 500-page New York Times 2019 bestselling memoir, Tough Love: My Story of the Things Worth Fighting For, Rice takes an opportunity to reclaim her voice outside of U.S. politics. She also walks the reader through the experience of being tasked with making incredibly difficult decisions on behalf of the country, and what it was like to disagree with, yet endorse, the president’s military action in Syria. Tough Love takes the reader through many of the turning points in Rice’s career, including Benghazi, Black Hawk Down in Somalia, and the Rwandan genocide, as well as her first contact with Obama in 2004, the emotional toll of her parents’ painful divorce, and motherhood. Rice will appear at the Detroit Public Library’s main branch for a discussion and book signing.