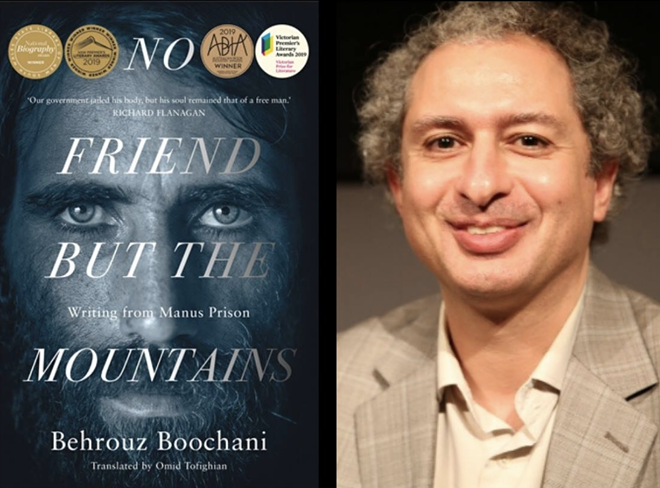 In 2013, Kurdish journalist Behrouz Boochani fled Iran to seek asylum on Australia’s Christmas Island, where he was illegally detained at a detention center on Manus Island in Papua New Guinea.

During his four-year detainment (he would be forced to remain on the island until 2019, ever after the center closed in 2016), Boochani documented the inhumane treatment and torture of asylum seekers under the neglect of the Australian government by using WhatsApp.

The texts were then sent to Moones Mansoubi, who reformatted them as PDFs to be translated from Farsi to English by translator Omid Tofighian, resulting in Boochani’s award-winning 2018 memoir, No Friend but the Mountains.

“So much about the Australian policy, the border politics in Australia, is surreal,” Tofighian told NPR. “You know, it has this really absurd quality about it and this kind of unfathomable nature to it — and it’s also horrific.”

This free event will welcome Tofighian, who will discuss the delicate translation process as it pertains to exile and incarceration. Copies of No Friend but the Mountains will be available for purchase.