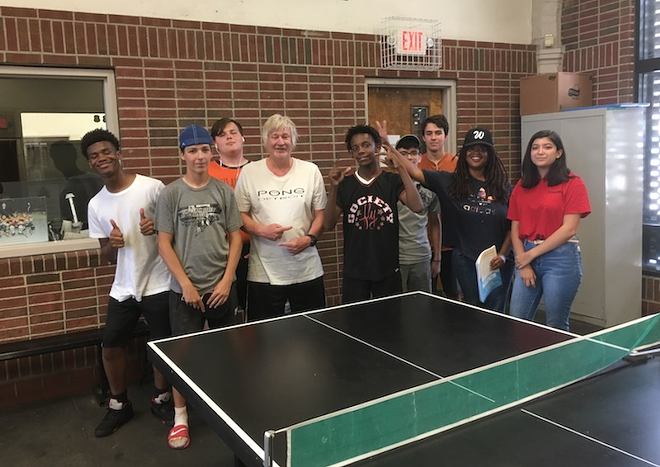 Table tennis enthusiasts can play on Pong Detroit’s ITTF-approved Olympic tables at Bert’s on Tuesdays, Wednesdays, and Thursdays from 5-11 p.m.

“Table Tennis is a great sport with level upon level of skill sets to master,” the Pong Detroit website reads, adding that it’s “a growth sport with broad appeal across generations and cultures.”

Pong Detroit first launched a couple years ago as a table tennis program for Detroit youth at Clark Park in Southwest Detroit. The competitive sport encouraged exercise and proved to be a hit with the kids, and the organization is now expanding to an adult market. Pong Detroit also plans on creating a senior program, as well as a wheelchair table tennis program for veterans with disabilities.

Owner Mal Lang, a Detroit native, has competed in table tennis tournaments across the U.S. and in China. Lang is also gearing up to coordinate with the Chinese Table Tennis Federation and the Chinese consulate to bring Chinese coaches to teach U.S. children.

After students are trained, the organization also plans to send U.S. students to China and to bring Chinese students to the U.S. to play table tennis and have an international experience. The program seeks to continue the mission of "Ping-Pong Diplomacy," which will celebrate its 50th anniversary next year.