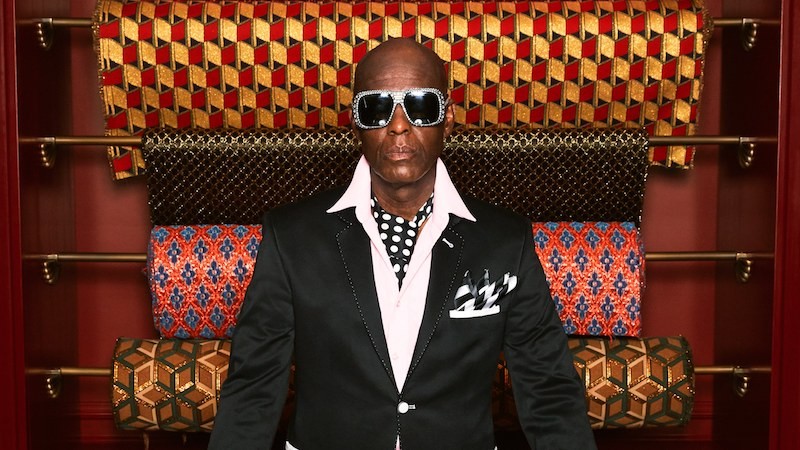 Known primarily as the originator of urban streetwear and a legendary hip-hop designer in the '80s, Dapper Dan found his career revitalized in the mid-2000s when his designs were celebrated by many of the European fashion houses which had once shunned him.

Dapper Dan's Boutique opened on 125th Street in Harlem in 1982. At the same time, the crack epidemic hit Harlem and cocaine kingpins also became some of Dan's most loyal customers. Later, his unique fashion designs became coveted among rap stars during the very infancy of hip-hop.

It was LL Cool J who first brought a Dapper Dan design to mainstream hip-hop, but Eric B. and Rakim wearing his jackets on the cover of their 1987 album Paid in Full made Dapper Dan synonymous with the culture. Dapper Dan would go on to style Salt-N-Pepa, Bobby Brown, and even sports icons like Mike Tyson.

However, because Dapper Dan's designs were basically "knockoffs" of European fashion houses like Louis Vuitton, Fendi, and Gucci, created by a system of screen printing on leather, he was accused of bootlegging and hit with legal action.

For over 20 years, Dan would be shunned by the fashion industry while still creating underground designs. In 2017, Gucci's creative director, Alessandro Michele, designed a jacket in homage to Dapper Dan — and the legendary designer was reborn.

The next year, Gucci united with Dapper Dan to open an atelier called Dapper Dan of Harlem — the first luxury fashion store in Harlem.

Dapper Dan's story is one of fashion trials and triumphs that will be a "perfect fit" for the Fashion Accessories Design Department at CCS.

The talk takes place at 460 W. Baltimore, 11th Fl., Detroit, in the General Motors Auditorium within the College for Creative Studies' A. Alfred Taubman Center for Design Education. Dapper Dan is presented at CCS in partnership with MOCAD.

The presentation will be immediately followed by the premiere runway show of the CCS Fashion Accessories Design Department, which will feature cutting-edge senior collections.