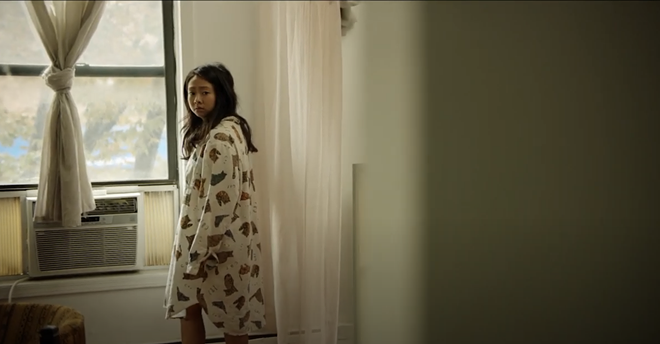 No, this isn't an existential dating profile bio — it's a fraction of the feminist Nevertheless Film Festival's programming, which is going digital next month for its second annual event.

This year's event was scheduled to take place at Michigan Theater in Ann Arbor, however, due to coronavirus concerns, organizers will instead stream six feature films and twenty short film representing eight countries online from July 9-12.

“I think that what sets women apart so often is that we know that we all have to have each other's backs,” festival founder and independent film producer Meredith Finch told Metro Times in 2019. “I've produced some stuff before, and it has always been at the forefront of my mind to hire women because I'm like, I got here because another woman helped me out and I want to give the opportunity to other women. I think there's a lot of that involved in recognizing the power — in kind of lifting each other up and giving other women opportunities and hiring other women.”

The films selected require that at least 50% of its behind-the-camera leadership roles — directors, cinematographers, and screenwriters — to be filled by female-identifying people.

"These films are made by womxn, for everyone," Finch says in a release.

This year there is an undeniable theme in the festival's feature films of social justice, which Finch says is “indicative of the times.”

This year's films include narrative features Easy Land and Asking For It, as well as documentaries First Vote, Hungry to Learn, Personhood, and Waging Change. Among the short film selections are Abortion Helpline, This is Lisa, Day One, Dia de la Madre, He's The One, and Knock, Knock, Knock (똑, 똑, 똑).

The festival will donate 25% of ticket sales to various non-profits, many of which are based in Michigan. Several films will donate its proceeds directly to organizations as they relate to the film's subject matter, including ACLU of Michigan, Welcoming Michigan, APIAVote Michigan, and Planned Parenthood.

Tickets are $6 per film and its corresponding filmmaker Q&A. An all-access pass is also available for $29, which gives access to all 10 film screenings and Q&As. Films purchased can be watched at any time during the festival.