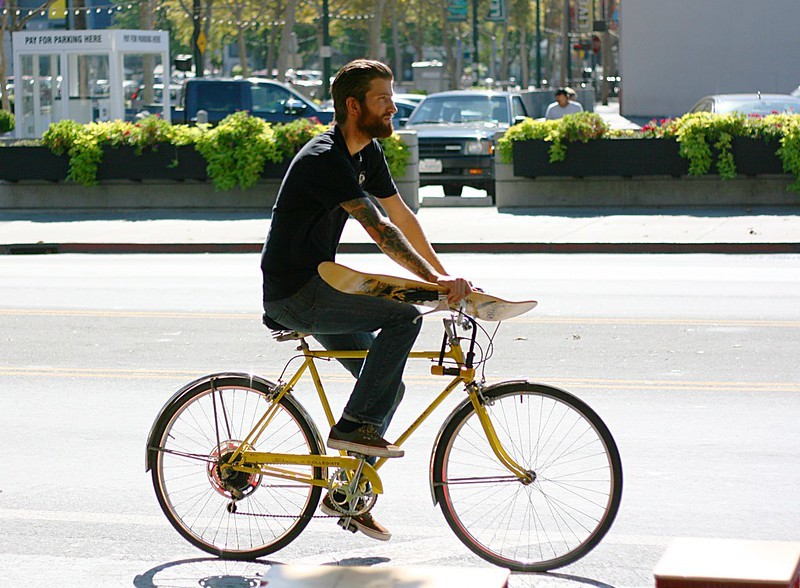 It's a Schwinn-Schwinn situation for local frame builders Detroit Bikes LLC, who will re-create a classic Schwinn cruiser for a limited-run in honor of the bike's 125th anniversary.

This month, Detroit Bikes will start assembly of 500 re-issues inspired by the iconic Schwinn's 1965 Collegiate Deluxe, in partnership with Schwinn's parent company, Pacific Cycle. By next month, interested riders can purchase the bike for $998 via walmart.com, which is Detroit Bikes' largest retailer.

“Manufacturing has been decreasing in the U.S., and this is a big step to change that,” Detroit Bikes CEO Zak Pasak told The Detroit News. “We’re going to need to step up our game for this one. But we’re ready to take on the challenge.”

For the bike stat savvy, bicycling.com describes the Michigan-made bike as having a “Chromoly frame” that is offered in two different tube variations and features a “comfortable seat, shiny fenders, and a kickstand,” as well as wide 38mm tires and an 8-speed grip-shift drivetrain. The review claims “you'll feel as cool as you look on this stately emerald ride.”

Naturally, the bikes will be painted in Schwinn's classic “Campus Green.”

Though global supply chains and manufacturing has taken a hit due to COVID-19, online bike sales have soared. Pashak tells The Detroit News that sales are “10 times higher than normal,” while in-person sales “quadrupled” last year when Detroit Bikes re-opened its downtown Detroit retail location. They've even sold out of several models, including the A-Type Commuter and the Sparrow Commuter.

The brand's newly released E-Sparrow, which marks Detroit Bikes' first electric ride, is available for pre-order for $899 and is expected to ship in September.