Joe Michnuk, a longtime member of the Navin Field Grounds Crew and a former clubhouse security guard for the world champion 1984 Detroit Tigers, died unexpectedly Sunday afternoon of an apparent heart attack in Dearborn. He was 61.

“Joe had a real lust for life,” says Navin Field Grounds Crew founder Tom Derry. “If there was an event going on anywhere in Detroit, Joe was there. It seemed like he never sat still. There was never a dull moment when I was with Joe Michnuk.”

Nearly every Sunday from 2010-2016, Michnuk could be found at the abandoned Tiger Stadium site (originally known as Navin Field) cutting the grass and welcoming visitors to the former home of the Detroit Tigers and the Detroit Lions.

Even in the dead of winter, Michnuk would show up at the field dressed like Santa Claus to pick up garbage on Christmas morning. 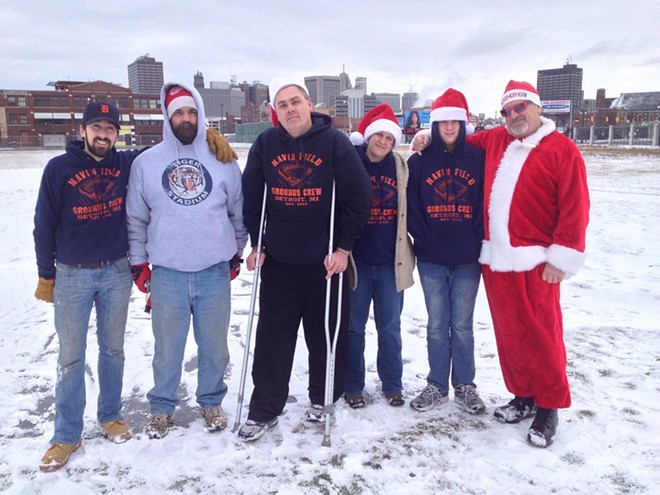 Michnuk was so beloved by Detroit Tigers players that when they won the ’84 World Series, manager Sparky Anderson invited Michnuk to ride alongside him in the victory parade down Michigan Avenue.

“Joe Michnuk was a superhero in the guise of a normal guy,” says longtime Detroit writer, actor, and musician Jimmy Doom. “His superpower was giving a fuck about other people and his city.”

“This is a major loss to our community,” says longtime Detroit musician Tino Gross. “He’ll be sorely missed.” 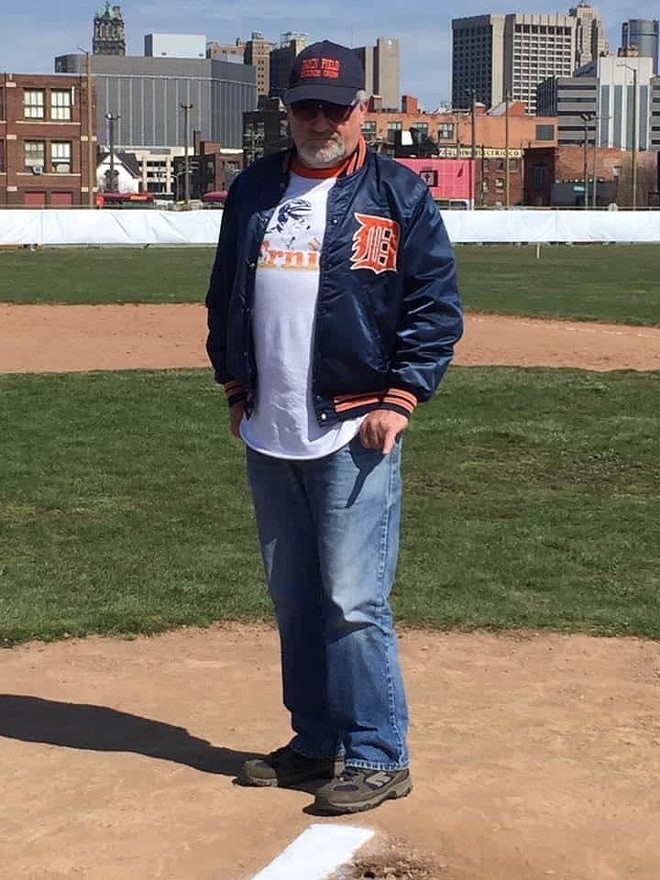 In his inimitable fashion, Michnuk supported Detroit’s music community for years, often serving as emcee, driver, roadie, or anything else a band might need to pull off a gig, and his stories were the stuff of legend. Michnuk often regaled his comrades with tales of late-night partying with the likes of Mick Taylor and Joe Cocker.

Michnuk, who also worked for years as a security guard at the old Detroit Free Press building, even worked security at Kirk Gibson’s 1985 wedding, when Gibson and former Tigers teammate Dave Rozema tied the knot with former exotic dancers the Sklarski sisters at a lakefront church in Grosse Pointe. At one point during the ceremony, Michnuk found himself in the back of the church eating McDonald’s with Mark “The Bird” Fidrych.

After years of hard partying and late-night revelry, Michnuk finally dried up for good in the early 1990s and spent his spare time helping others beat the bottle.

“Joe had the biggest heart for this town and everybody involved in it,” says singer/songwriter Don Duprie, of Doop and the Inside Outlaws. “You could always count on Joe.”

“He would always drive people around town,” says Derry. “He just wanted to help people who had been drinking so they got home safely.”

Ironically, while riding his motorcycle home from a Tigers game in the summer of 2015, Michnuk was struck by a hit-and-run driver on Michigan Avenue and suffered severe injuries to his leg. After multiple surgeries and time confined to a wheelchair, Michnuk eventually regained the strength to return to work on the grounds crew at his beloved Navin Field.