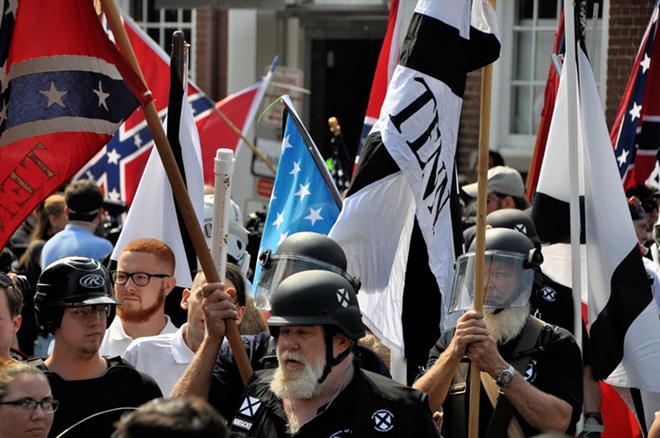 The shocking clash between white supremacists and counter-protesters in 2017 in Charlottesville is the subject of a documentary screening and talk coming up at The Holocaust Memorial Center.

The center's Zekelman Family Campus will host Fighting Back Against Hate, A Film and Conversation with Alexandra Kauffman Horowitz and Rabbi Rachel Schmelkin. The virtual event will take place at 7 p.m. on Wednesday, Sept. 2 on Zoom. According to the organizers:

The documentary short Reawakening recounts that journey. Featuring interviews with rabbis and congregants, the documentary explores how their experience of facing white supremacy transformed their understanding of themselves and their city, and notably, how it intensified their commitment to racial justice.


The event is free and open to the public. People can RSVP here and submit questions for a Q&A here.

Last year, Jewish activists gathered in front of the Holocaust Memorial Center to protest ICE's immigrant detention centers, with the rallying cry of "never again." A faction of counter-protesters also gathered, arguing that the concentration camps and ICE detention centers are a false equivalence and to equate them "trivialized" the Holocaust.

The counter-protest reportedly also drew support from the Proud Boys, an all-male far-right extremist group that has been designated a hate group by the Souther Poverty Law Center — resulting in the surreal image of a man flashing a white power symbol in front of the Holocaust Memorial Center, which is designed to resemble a concentration camp.