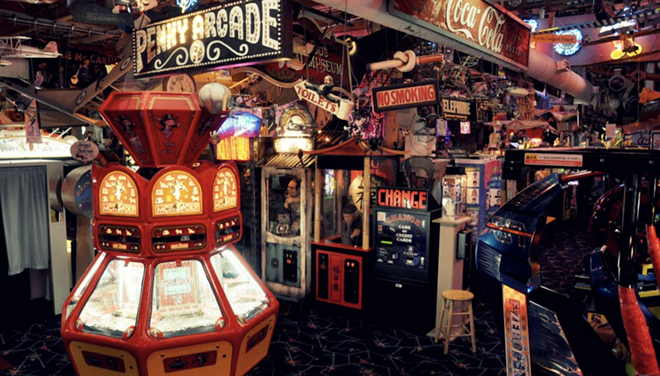 It could be game over for a metro Detroit institution, which is currently fighting for a 1-Up amid its months-long shut down due to the coronavirus pandemic.

Marvin's Marvelous Mechanical Museum in Farmington Hills is asking for help — $75,000 worth of it.

Opened in 1980 by Marvin Yagoda, the coin-operated arcade has since evolved into one of metro Detroit's most delightfully strange and unusual family attractions, packed with 5,000 square feet of new and rare vintage games, circus and sideshow memorabilia, carnival kitsch, and other oddities.

According to the arcade's GoFundMe crowdfunding campaign launched earlier this week, expenses are more than $10,000 a month to keep Marvin's up and running, including rent, insurance, electrical, and general maintenance of many of the vintage games — many of which can sustain damage and need for repairs when unused, as they have been since closing in mid-March.

“It is our goal to reopen Marvin’s once it is safe to do so and without risk to patrons and staff,” the GoFundMe reads. “However, financially speaking, we cannot afford to wait that long. Being a philanthropic family it's hard to ask, but we need your help so that Marvin's will be able to open for business once it is safe to do so without risk to our loyal and loved customers instead of shutting down for good. We wish there was another alternative.”

Though Yagoda died in 2017, his son Jeremy is working to ensure that “kids 1 to 101” can enjoy his father's marvelous collection for years to come.

“I started working with my father as a child and now run Marvin's Marvelous Mechanical Museum and carry on his legacy,” he said on the GoFundMe page.

With the encouragement of friends and patrons I have launched a gofundme to help us make it through these times. ...