You can tour a very haunted Detroit Police Department, because who needs to sleep ever again? 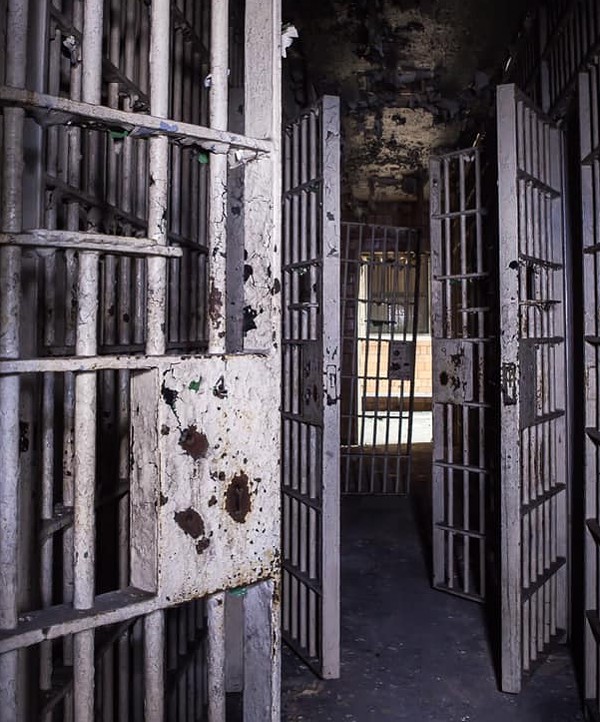 Detroit might be home to RoboCop, but ghost cops? We didn't sign up for that shit! AGCAB! (All ghost cops are bone-chilling.)

But, if peaceful sleep is something you're willing to forgo, there's Detroit Paranormal Expeditions' tour of the abandoned Detroit Police 6th Precinct — as if police already weren't terrifying enough.

Anyway, the building at 640 McGraw Ave. has been abandoned since 2005, according to MLive, but dates back to 1931 and, well, it has some historic baggage. Not only was it featured on Travel Channel's Most Terrifying Places (where explorers detailed the time they were mysteriously pelted by rocks in the precinct's basement), but according to Todd Bonner, Detroit Paranormal Expeditions co-founder, the building also played a role in the historic '67 summer of civil unrest.

“Tour guests get to not only learn about the fascinating history of this place, but they also get to investigate this amazing location where numerous paranormal experiences have been reported,” Bonner told MLive. “We believe energy from this building’s past remains embedded in its walls and the experiences people often have there support that.”

Tours, which are in partnership with City Tour Detroit, will run Saturday, Oct. 10, 17, 24, with a final tour on Friday, Oct. 30. The tours come in two options, depending on the level of pants-wetting you plan on doing.

History-only tours are $49 and, for $99, folks can tour the space late at night with experienced ghost hunters, with some history thrown in for good measure. Proceeds from the tour will aid in the restoration of the building (apparently the building owner plans on launching a “cloud storage business” in part of the space but will maintain the historical integrity of the precinct.)