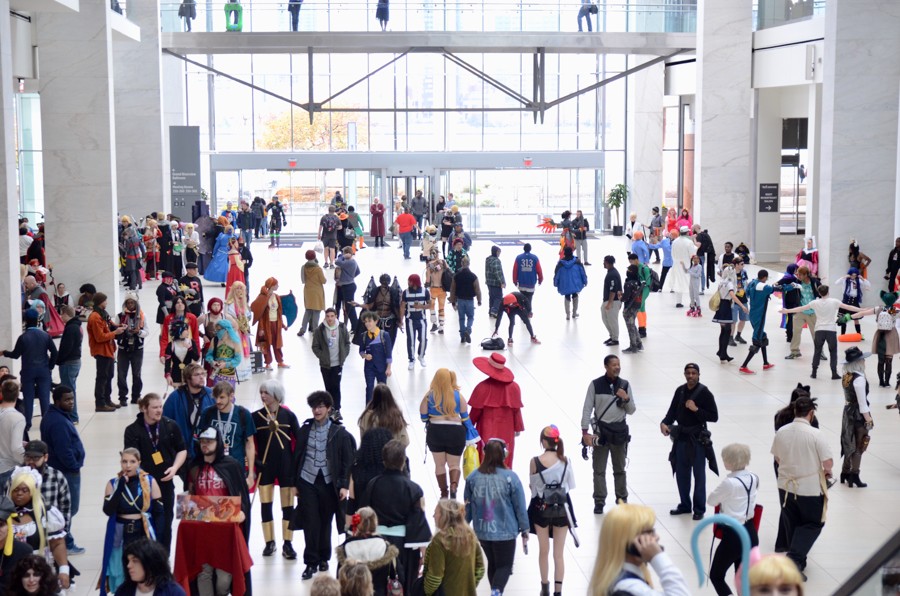 It's perhaps no big surprise, but Youmacon — Detroit's massive anime and gaming convention, which draws more than 20,000 and was scheduled to begin later this month — has been officially called off due to the coronavirus pandemic.

Kollin says the 11th-hour postponement became official after Youmacon was finally released from its contracts with venues TCF Center and the Detroit Marriott at the Renaissance Center. The event received backlash from fans over the summer when organizers said the contracts might force Youmacon to attempt to throw a reduced-capacity event with social distancing and other safety measures, but Kollin says he's glad he didn't have to go down that route because he felt the risks were still too great.

"Thousands of people's lives are a lot more important than one person's loss," he says. "It just sucks when you're that guy!"

For now, Kollin says organizers are coming up with a virtual version of Youmacon, which will be held at the same time the originally scheduled event would have taken place, Oct. 29-Nov. 1. "We're still looking at all the details of how to best do things, because the last thing we want is something as lame as a Zoom call for all intents and purposes," Kollin says. He says Youmacon is also encouraging attendees to hold onto their tickets for the 2021 event, and also hopes that Youmacon can hold some sort of "fan appreciation event" before then, too, when it's safe to do so.

Kollin says Youmacon lost money on the 2020 event, but is hopeful that 2021's event will be bigger and better than ever. "It's going to be a struggle, but we're still going to be moving forward, because I owe that to our attendees as a whole," he says. "It's what I got into this for. But yeah, it has not been easy."

You can read Youmacon's full statement below.