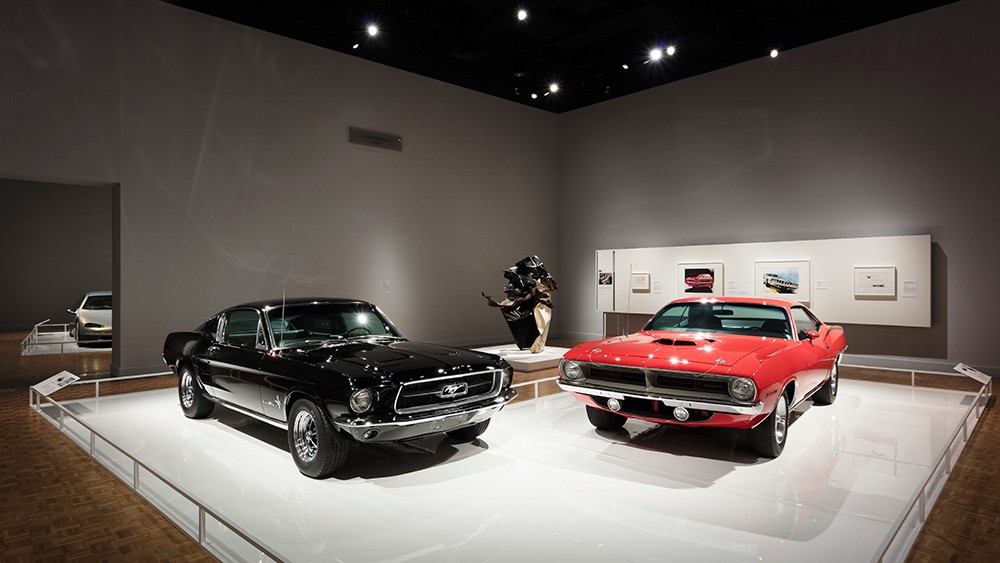 The new automotive design exhibition that opens this weekend at the Detroit Institute of Arts might seem perfectly in line with the museum's more recent forays into pop culture, like shows featuring costume designs from the Star Wars films or baseball memorabilia.

But curator Ben Colman points out that the museum did a similarly titled exhibition, Detroit Style: 1925 to 1950, back in 1983. More than 30 years later, the new exhibition picks up where the last one left off, titled Detroit Style: Car Design in the Motor City, 1950–2020.

"It's a really daunting task, as you can probably imagine, to narrow 70 years of Detroit automotive history down to 12 cars," Colman tells Metro Times. Why just a dozen? That's the maximum number of cars that would fit in the DIA's exhibition gallery, he says.

Work on the exhibition started around 2016. With such a rich history, Colman knew the museum would need help in curating the show, so it formed a committee of experts from the industry — designers from the Big Three automakers, historians, and educators from the College for Creative Studies, where graduates of the school's highly competitive auto design program become hot commodities in the field.

From there, Colman began to piece together a coherent narrative from all of the different parts, organizing the show into chrono-thematic groupings by time period and style.

The 12 cars featured in the exhibition are a mix of prototype concept cars and mass-market production models, starting with General Motors' 1951 Le Sabre all the way to the 2017 Ford GT supercar. The bulk of the cars used in the exhibition was sourced from the Big Three, while others are on loan from private collectors. The show also includes more than 30 designer drawings, which offer a look at how something as complex as an automobile starts as a simple drawing on paper.

"These are such immediate documents of the work that took place in the design studio," Colman says. "Some are very gestural and very informal line drawings, as designers tend to be very visual people and communicate very effectively with images and sketches."

Those drawings then become part of a process with input from engineers and manufacturers before the end result of a car rolling down the street.

"You really get a sense of how ideas take shape and become concrete from a very abstract starting point," Colman says. "For me, that's a really thrilling opportunity to look through the designers' eyes and see what they see and think, how they think as the process moves along."

He adds, "There is a lot of artistic license and freedom in these unique prototype show cars and concept cars that are not necessarily intended for mass production, so [the designers] can dream really big and then take on very ambitious challenges that might not quite be feasible at mass scale yet." 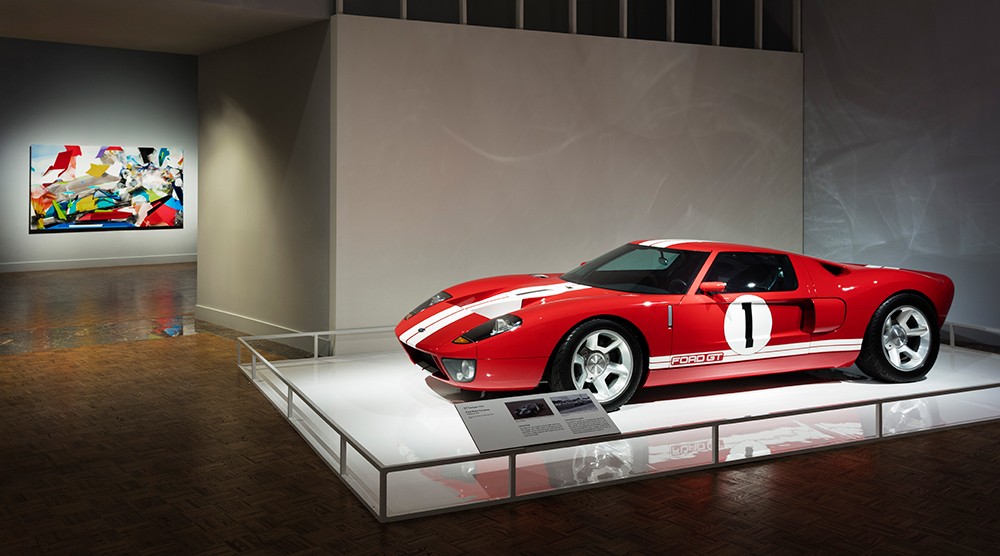 The exhibition is augmented with paintings and sculptures that are inspired or influenced by automotive design and American car culture — by artists who "help to shape the way we understand the automotive landscape and our relationships to these machines that are such a part of daily life," Colman says.

That includes a sculpture by John Chamberlain, the only work that comes from the museum's permanent collection, which calls to mind the twisted metal of a car wreck, staged among a pair of muscle cars. Another is an early 2000s work by Kristin Baker, an artist known for "her large abstract paintings with high-key colors and glossy, slick surfaces that are inspired by the spectacle, the danger of the uncertainty of high-speed car races," Colman says.

Colman says his hope is for the exhibition to help elevate the names of car designers "who are maybe beloved by auto enthusiasts, but might not have the kind of popular recognition that their peer group of architects and industrial designers have," he says, pointing out how designers like Charles and Ray Eames and Eero Saarinen have became household names.

"It's my hope that visitors to the exhibit understand that the car designers whose work is on view played just as essential role in the shaping of the look and feel of the last 70 years," Colman says.

Beyond that, Colman says the show is as much a "love letter" to Detroit.

"It's an art form pioneered here in Detroit," he says. "The art of car design and so many of the foundational designers and key practitioners in the discipline, they worked in the museum's backyard. They had studios around the city or very close to the city. And it seems like the right time for the museum to focus a close look on this art form that that's so much a part of the city's DNA."