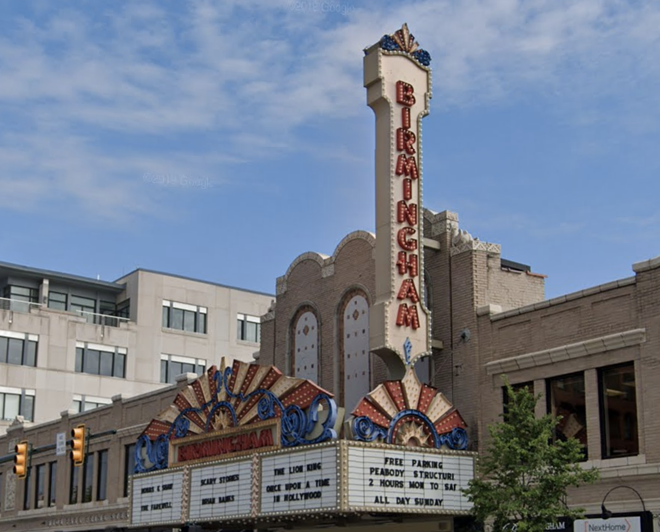 While movie theaters across the country struggle to keep their doors open and screens aglow, luxury movie theatre chain Emagine Entertainment is expanding its footprint — this time, by adding a beloved art-house theater to its portfolio.

On Tuesday Emagine announced it will take over Birmingham 8 Theatre, a first-run theater at 211 S. Old Woodward Ave. built in 1927 and restored, expanded, and updated in 1996.

According to a press release, the theatre will undergo a name change to reflect the new ownership. "Birmingham 8, Powered by Emagine" will also receive some updates, such as luxury seating, reserved seating options, liquor license, as well as screen and sound system upgrades. The marquee, considered a local landmark, will remain unchanged, as will the theatre's reputation for screening art house, first-run, and independent films.

Though Emagine says those are the only major changes to the space, moviegoers can expect similar concessions and amenities offered by the Emagine brand, including craft beer, cocktails, wine, expanded candy selections, Coca-Cola Freestyle machines, as well as healthy popcorn options.

Birmingham 8, Powered by Emagine plans to reopen within the next 90 days.

Last month, Emagine launched the temporary Monroe Street Drive-in located at the site of downtown Detroit's delayed Monroe Blocks project, which screens family-friendly films for $20 a car with options to have local restaurants and bars deliver concessions to guests' vehicles.