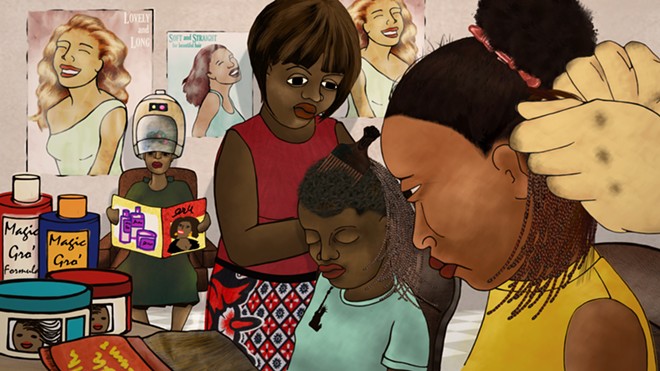 Go ahead and hit pause on those CGI-heavy Marvel movies, un-wonderful D.C. flops, and head-spinning convoluted Christopher Nolan flicks, because the 59th Annual Ann Arbor Film Festival returns with a selection of thoughtfully curated and bold independent films from all over the world that you can watch from the safety and comfort of your own home... again.

The festival, which in years before COVID-19, has taken place at Ann Arbor's Michigan Theater, will once again be held virtually, offering individual at-home screening opportunities, as well as all-access passes to view the festival's many experimental, documentary, narrative, and animated screenings from all over the world.

Screenings will be shown via the Eventive streaming service and, following the livestream, all programs will be made available for respective ticket holders through midnight on March 31. Individual moderated Q&As will also be streamed as part of the festival's usual offerings. This year's event will screen 11 feature films, 116 shorts, as well as five special programs and nine performances.

But this year marks a major first for the festival, in that the AAFF will be paying those selected filmmakers to show their films in competition. The festival has also offered a $20 submission discount to BIPOC filmmakers. This year will also introduce several in-person installations around Ann Arbor that will make art and “live expanded cinema performances” viewable from the street.

Tickets for individual screenings/events go on sale on March 1 and will be offered on a sliding scale with a suggested price of $12 and a minimum of $2 per ticket. Festival passes, which are currently available, start at $50.

To learn more about the AAFF or to purchase tickets, visit AAFilmFest.org.