Detroit Vs. Everybody partners with Gucci for $390 T-shirt collection to benefit local nonprofits 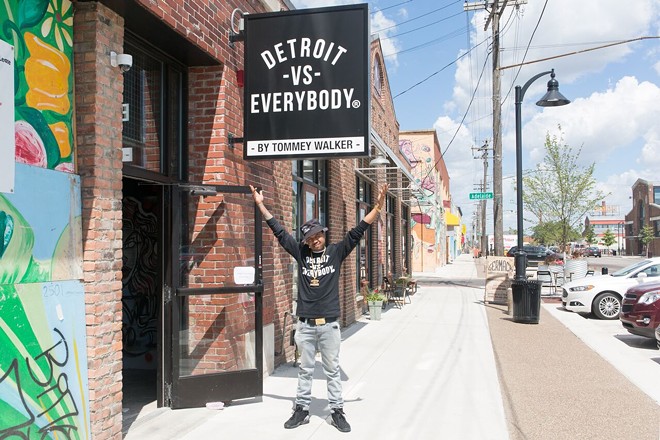 A local T-shirt and lifestyle brand is getting a major boost from an international luxury clothing and accessory empire, all in the name of “everybody.”

Tommey Walker, founder of clothing brand Detroit Vs. Everybody, has partnered with Gucci for a run of limited-edition T-shirts that expand the iconic Detroit brand to 11 U.S. cities as a way to benefit local nonprofits that aim to strengthen and empower communities of color within those cities.

“My partnership with Gucci is a dream come true, not just for me and my team, but also for celebrating the city of Detroit’s cultural richness and innovation,” Walker told The Detroit News.

Since launching in 2012, Walker's brand has been a celebration of Detroit's often overlooked cultural contributions. But the latest Gucci Changemakers collab is an effort to move the brand forward in terms of unity and inclusion, which is why the limited edition collection will offer city-specific tees at Gucci stores in Atlanta, Chicago, Houston, Los Angeles, Miami, New Orleans, New York, Philadelphia, San Francisco, and Washington, D.C.

The collection, which was made available on Monday, March 1, has been in the works since 2019 when Walker crossed paths with North American Gucci leaders at an event at Cass Technical High School. The tees don't stray far from the Vs. Everybody signature black 100% cotton crew neck design, but they have been updated to feature the Gucci logo running down the back.

Detroit Vs. Everybody's classic tee retails for $34.99, while the multi-city Italian-made Gucci-fied version retails for a heftier $390. Proceeds go to support local nonprofits within those cities as part of Gucci's Changemakers initiative. Among the recipients for this year's Changemakers impact fund winners is Journi, a youth-orientated nonprofit in Detroit that strives to provided resources and equip Detroiters with tech skills.