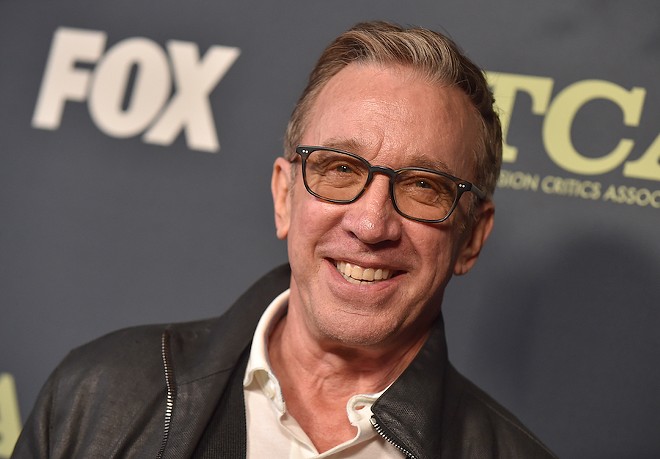 As of Wednesday, Michigan-born comedian and notable coke dealer Tim Allen is not dead, despite trending on Twitter where he's being skewered alive for spewing support for former President Donald Trump's dangerous divisiveness that led to a deadly insurrection on the nation's Capitol in January.

On the latest episode of WTF with Marc Maron, Allen — who has, in the past, complained about not being able to use the n-word and once compared being a conservative in Hollywood to living in 1930s Germany — voiced support for the disgraced president.

“What I've done is just not joined into, as I call it, the 'we culture.' I'm not telling anybody else how to live. I don’t like that, 'we should do this' or, 'we should do that.' Once I realized that the last president pissed people off, I kind of liked that,” Allen said. “So it was fun to just not say anything. Didn't join in the lynching crowd.”

“Once I started making money I had this silent partner that took almost half of my money and never gave me anything for it,” Allen said of the government. “I never liked taxes.”

Allen, who told Maron that he has worked hard to earn a living, is allegedly worth $80 million as of 2021, according to WealthyGenius.net. [Insert Home Improvement grunt here.]

Anyway, Twitter is having their way with Allen, with many users making their cases in support of canceling Allen but sparing some of his beloved characters, like Toy Story's Buzz Lightyear and the Santa Clause films.

Tim Allen going from drug dealer to full on Republican Trump supporter is not what I saw coming when I watched the Santa Clause. pic.twitter.com/g450MNfFf4

Tim Allen is right.
Donald Trump does piss people off.

Tim Allen is not the Tool Man. He's just a tool.

Fun Fact: Home Improvement neighbor Mr. Wilson built a fence to keep Tim Allen and his horrible politics the hell away from him. pic.twitter.com/KyVmMjgbF0

Since #TimAllen is trending, I'd like to tell you that the only Facebook group I enjoy is a Tim Allen fan page that was taken over by lefties and used to torment boomers by pretending he's dead pic.twitter.com/YjsiNXT2Tp

Can someone cut me a version of galaxy quest minus Tim Allen? pic.twitter.com/3jSpY0saqm

My dad and tim allen be having some things in common 🤡🤡

Me trying to find who cares about Tim Allen anymore. pic.twitter.com/yjWTEx7Cn2

Tim Allen is a Trump Supporter.