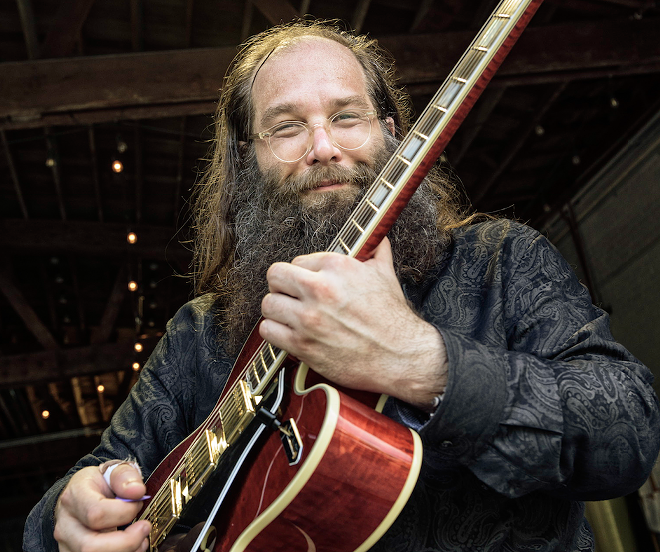 A popular luxury movie theater chain is pivoting from screen to stage with a month-long showcase of live music and comedy.

The events, which range in price ($15-$70), will take place within Emagine Royal Oak's 270-seat EMAX theater, where guests can choose from private box seating, luxury recliners, high-top tables, as well as main floor seats. Per a press release, the events will adhere to COVID-19 guidelines in terms of sanitation, mask requirements, and socially distanced seating.

“We are very excited to bring Live Entertainment to our venues!” Anthony LaVerde, CEO at Emagine Entertainment shared in a statement. “Live Entertainment is a natural for our venues. We are confident that our guests will enjoy all of the great programming we have for this series beginning this April. This will be the first of many new entertainment concepts we are bringing to Emagine.”

Kicking off the LIVE @ Emagine series is blues-rock artist Laith Al-Saadi, an Ann Arbor native and finalist from NBC's 10th season of The Voice. Al-Saadi will perform at 8 p.m. on Friday, April 9 followed by 2014's World Series of Comedy winner Spencer James at 10 p.m. on Saturday, April 10.

The following week welcomes a musical performance by country artists Kari Holmes and Lisa Mary on Friday, April 16 and, on April 17, music by Nicole New and Ben Sharkey. The series concludes on Sunday, April 18 with The Three Men and a Tenor.