To the irritation of nature lovers, the Detroit Grand Prix is returning to Belle Isle in 2021 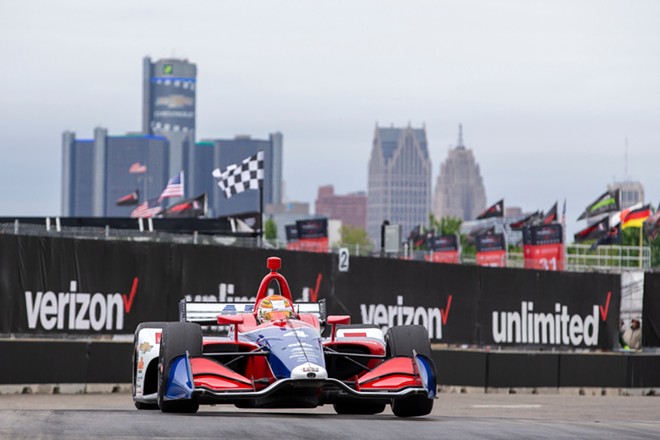 After being canceled in 2020 due to that damn virus, the Chevrolet Detroit Grand Prix is back on for 2021 — news that's sure to piss off the many park-goers who raise a stink about the event taking over Belle Isle every year.

The Chevrolet Detroit Grand Prix presented by Lear will return June 11-13, which will include the IMSA WeatherTech SportsCar Championship, the NTT Indycar Series, and the Indy Lights Presented by Cooper Tires.

The IMSA WeatherTech SportsCar Championship was originally planned to be scheduled a week earlier to coincide with the global 24 Hours of Le Mans event in France, but with the Le Mans race postponed to August, organizers decided to loop all three events together for one weekend.

The event also marks the 11th time that Indycar and sports car racing will compete on the same weekend on Belle Isle, and the first time since 2016 that Corvette will compete in Detroit.

It's also the first time in 13 years that a Corvette GT sports car will race in Detroit.

"We are excited to bring the Chevrolet Detroit Grand Prix presented by Lear back to Belle Isle in 2021 and return to a traditional one-weekend format June 11 through the 13th, featuring five great races with three incredible racing series," Michael Montri, President of the Chevrolet Detroit Grand Prix presented by Lear, said in a statement. "With the established stars of Indycar and the rising stars of Indy Lights both racing on Saturday and Sunday and Corvette Racing joining the intense IMSA sports car action on both Friday and Saturday, it’s going to be an incredible weekend in the Motor City."

Well, that's what racing fans think. But people who aren't so keen on cars have long complained about the event coming to Belle Isle state park, charging that it restricts access to Detroit's island treasure during our too-short warm season and its construction and tear-down period takes months.

Regardless of how you feel, the return of the Grand Prix is, in a sense, a sign that nature is healing from the pandemic.