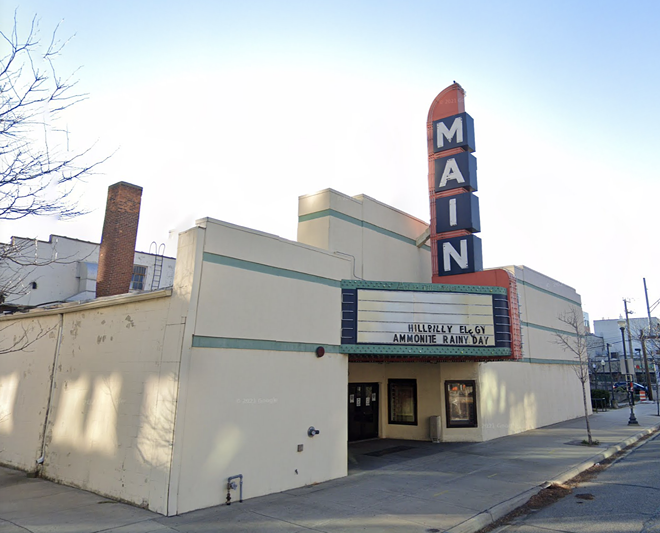 The curtains are coming down on a beloved arthouse movie theater... for now.

The Main Art Theatre in Royal Oak announced that Thursday's showings of French Exit and the Academy Award-nominated film Minari would be its last, at least for a while, The Detroit News reports.

The resilient three-screen theater located at 118 N. Main St. opened in 1997 and has remained a major hub for arthouse and independent films, as well as a popular "Midnight Madness" program. The theater survived the rise of amenity-heavy luxury theaters, like Emagine Entertainment (one such theater is located right next door), and at-home streaming.

However, the pandemic has forced the Landmark-operated theater to put all of its future screenings on pause.

“It really just comes down to finances and attendance,” Margot Gerber, VP of marketing and publicity for Landmark Theatres, said in a statement. “The decision has been made to try and keep theaters closed that aren’t covering their expenses. As far as when it will reopen, I’m not exactly sure.”

Like many Michigan theaters, both independent and big-box chains, the Main Art was closed most of 2020, reopening on Christmas Day with limited hours/showings and audience capacity. In fact, of Landmark's 52 theaters, less than half are open.

According to Gerber, it's uncertain as to when the Main Art may reopen, but adds that Landmark will be monitoring the financial situation as well as the pandemic's impact on capacity limitations and other restrictions that make it difficult for a small theater to fill seats and pay rent to better determine when Main Art can sustainably reopen.


“Especially with historic theaters, we don't want to leave them unattended for too long,” Gerber told The Detroit News.

Though the theater remains closed, Main Art has partnered with A24 to present virtual at-home screenings of Minari Friday, April 23-Sunday, April 25. Tickets are $20 and can be purchased via LandmarkTheatres.com/Detroit.