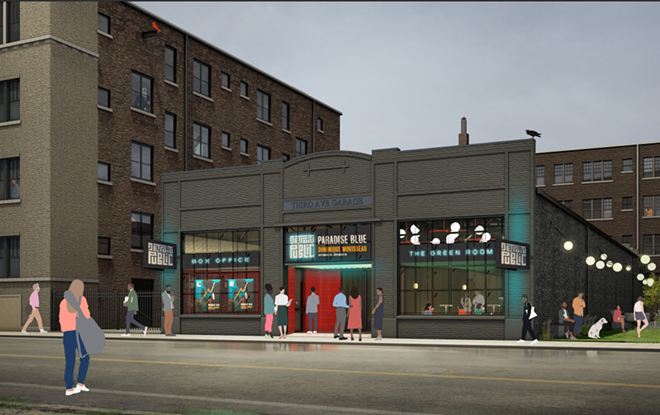 Plans are underway to move the award-winning Detroit Public Theatre into a 100-year-old former garage in Midtown.

The space at 3960 Third Ave. will house a 7,000-square-foot facility with a 200-seat black box theatre, a lobby, bar, bookshop, rehearsal room, and dressing rooms.

"There's something magic and organic that happens at Detroit Public Theatre — and this new permanent home will help expand our impact and reach," DPT executive artistic producer Dominique Morisseau said in a statement. "The magic happens when our audiences experience Detroit Public Theatre's riveting stories on stage — stories that speak to all of us, stories that represent us in all our complexity, stories that make our city more connected. In addition to housing our work, this building will support a thriving theatre community in Detroit by providing residencies so other companies and artists have a place to create and present their work."

The project has quietly raised more than $2 million as part of a capital campaign that began six years ago, with a goal of raising $5 million. Financial supporters include the Fred A. and Barbara M. Erb Family Foundation, grants from Artspace, the Community Foundation for Southeast Michigan, The Forbes Company/Somerset Collection & The Detroit Shoppe, the Marjorie and Maxwell Jospey Foundation, the Michigan Council for Arts and Cultural Affairs, the National Endowment for the Arts, TCF Bank, and gifts from individual donors.

The theatre is expected to open in spring 2022.

DPT was founded in 2015 and has gone on to present 20 productions in residence inside the Robert A. and Maggie Allesee Hall at the Detroit Symphony Orchestra, and six productions and festivals in communities across Detroit. It also operates the Shakespeare in Prison program in Michigan prisons, which "uses Shakespeare to empower incarcerated individuals to reconnect with their humanity in places where they are often referred to and looked at as a number," according to DPT.

In March 2022, DPT's Noah Haidle’s Birthday Candles will premiere on Broadway starring Debra Messing (of Will and Grace).