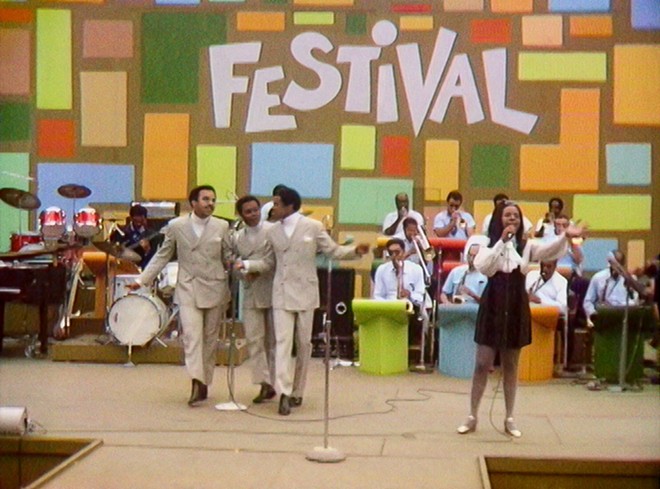 Summer of Soul (Or, When the Revolution Could Not Be Televised)

Cinema Detroit, the resilient little arthouse theater voted by Metro Times readers as the “best place to see an indie film,” returns to in-house screenings this weekend with the searing Summer of Soul, a captivating new music documentary about the 1969 Harlem Cultural Festival — and the directorial debut of Ahmir “Questlove” Thompson.

He called it the “Black Woodstock.”

Over the course of six weeks in 1969, from June 29 through August 24, the Harlem Cultural Festival celebrated Black history, culture, and fashion in the same summer as Woodstock, which took place just a hundred miles away in upstate New York from August 15-18.

But for the better part of 50 years, Tulchin’s concert footage was stored away in his basement in Bronxville, New York, and largely forgotten — until now.

To his dismay over the years, Tulchin’s footage from Harlem — unlike Michael Wadleigh’s famous footage from Woodstock — never made it to the big screen. Tulchin died in 2017, but just before his death, he signed the rights over to producers Robert Fyvolent and David Dinerstein in the hope that it might someday serve as his legacy.

That day has finally come.

Summer of Soul might be half a century late, but it's finally here, and its message is unmistakable: "We're Black and we're proud." Questlove's phenomenal new film is funky and it's soulful, bittersweet and poignant, and like David Ruffin’s searing, soaring falsetto on “My Girl,” it transcends time and reverberates through the ages.


Paula Guthat, of Cinema Detroit, the scrappy little mom-and-pop shop in the Cass Corridor hosting the film’s weekend premiere, says that when she first saw Summer of Soul during Sundance earlier this year, “I felt like I just saw the Academy Award winner for best documentary.”

With the Chambers Brothers driving home the chorus on “Uptown,” the film is, in many ways, a love letter to Harlem.

“Harlem was heaven to us,” says festival goer Dorinda Drake. “It was Camelot.”

But after the tumultuous summer of ’68, which saw the escalating war in Vietnam and the assassinations of Martin Luther King and Robert F. Kennedy, parts of New York City went up in flames.

“Black America has lost faith in this country,” says one man in the film. “Many of us have seen too many of our leaders jailed and killed.”

“I knew New York was trying not to have a repeat of that in ’69,” says festival goer Darryl Lewis. “I always related summertime to the potential of violence — and there was quite a bit of anxiety that year.”

Longtime civil rights activist Al Sharpton says that “people were afraid of the anger and rage boiling over.”

“We needed something to really reach out and touch us,” says festival goer Barbara Bland-Acosta. “We needed that music.”

With a newly elected Richard Nixon occupying the White House and the United States about to put a man on the moon, organizers in upstate New York were still sorting out last-minute details for the Woodstock festival.

The festival was the brainchild of emcee Tony Lawrence, a charismatic New York lounge singer and promoter who wanted to commemorate the one-year anniversary of King’s assassination — in the spirit of Black unity. And although New York police were present at each of the shows, Lawrence enlisted the help of the Black Panthers to act as security — to protect the citizens of Harlem from the cops.

With Questlove, the longtime drummer for The Roots, in the driver's seat, Motown and Detroit are well-represented here. In his hands, Summer of Soul adopts a mesmerizing percussive throughline, a hypnotic undercurrent reminiscent of what Eddie “Bongo” Brown and Bobbye Hall laid down on What’s Going On.

“Motown was very interested in us keeping our integrity, having class, being polite,” says Gladys Knight in the film. “But I knew something very, very important was happening in Harlem that day. It wasn’t just about the music.”

“Progress was being made in 1969,” Questlove says, “but there was still so far to go. The war on poverty, job equality, education, all those things. To the Harlem community, there were a lot more important issues than putting a man on the moon.”

“It’s groovy for certain people,” one man tells CBS reporter Bill Plante on July 20, the day the Apollo 11 touched down on the moon. “But not for the Black man in America.”

Referring to the moon landing, one Black teenager says, “I think it’s very important, but I don’t think it’s any more relevant than the Harlem Cultural Festival.”

The film’s imagery, like its message, is striking. The colors in everyone’s clothes pop off the screen — audience and performers alike. From the psychedelic yellows and oranges of Marilyn McCoo and the Fifth Dimension to the glorious gospel greens of Dorothy Morrison and the Edwin Hawkins Singers.

Perhaps no artist represented this period of transition more than the mix-gendered, mixed-race supergroup Sly and the Family Stone, the only act to play at both Woodstock and Harlem that summer, fueled by the frenetic energy of drummer Greg Errico, one of the few white faces in the film.

“You got a white boy (Errico) playing drums in a Black band, and you have women playing with you?” says Questlove. “For the first four songs Sly played, anybody over the age of 21 — their mouths were just dropped. ‘Who are these space aliens?’”

If you’ve ever seen Sly and the Family Stone at Ohio State, you know what you’re in for.

Their smoldering performance in the film is driven by the urgent, scorching percussion of two West Coast white men, Errico and Jerry Martini, as trumpeter Cynthia Robinson and keyboardist Rose Stone lift the crowd and the band to the highest of heights on “I Want to Take You Higher.”

This will be Cinema Detroit’s first indoor movie screening since the covid vaccines became widely available earlier this year. Since the pandemic shut down Michigan in March 2020, the theater has persevered, hosting ticketed virtual screenings of new films and rentals of older releases, along with select drive-in shows at the former Herman Kiefer Hospital.

“We’re easing our way back in,” Guthat says. “We’re testing the waters and seeing how comfortable people are.”

Summer of Soul is a testament to the healing power of music during times of unrest. But it’s more than that. At a pivotal moment in the movie, gospel legend Mahalia Jackson duets with a young Mavis Staples on MLK’s favorite song, “Precious Lord.” Ben Branch is on sax, and Jesse Jackson is preaching right there onstage — the very men who were with MLK in Memphis just moments before he was shot.

As Mahalia passes the mic to Mavis, it is a symbolic passing of the torch — from the civil rights movement to the Black Power movement.

The movie culminates with a searing performance from Nina Simone, who sings “Young, Gifted and Black” on piano, and dramatically recites David Nelson (of The Last Poets)’s stirring poem “Are You Ready?” 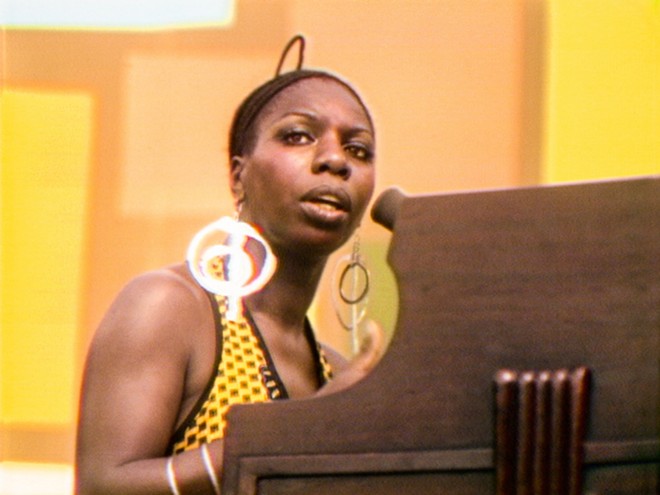 For Questlove, putting this story into its proper context was critical. He describes the unwanted footage as an example of how Black history is so often erased.

“The fact that 40 hours of footage was kept from the public is living proof that revisionist history exists — it was incredibly important to me to get that history right,” he says. “Blacks have always been a creative force of our culture. But sometimes those efforts are easily dismissed.”

“The so-called powers that are or were didn’t find it significant enough to keep it as a part of history,” says Stevie Wonder in the film. “I was 19, I was at a crossroads … I had the feeling that the world was wanting a change. We were moving into a whole ’nother time and space with music and with sound.”

As Lewis says, “Even though the shows were recorded all summer, it feels like it happened and then they threw it away.”

But thanks to Hal Tulchin and Ahmir Thompson, the summer of soul lives on.

Summer of Soul opens at Cinema Detroit this weekend and runs through Thursday July 15. Cinema Detroit is located in the Cass Corridor at 4126 Third St., Detroit. For tickets and showtimes, go to cinemadetroit.org.