Detroit's Festival of Books returns to save us from our screens 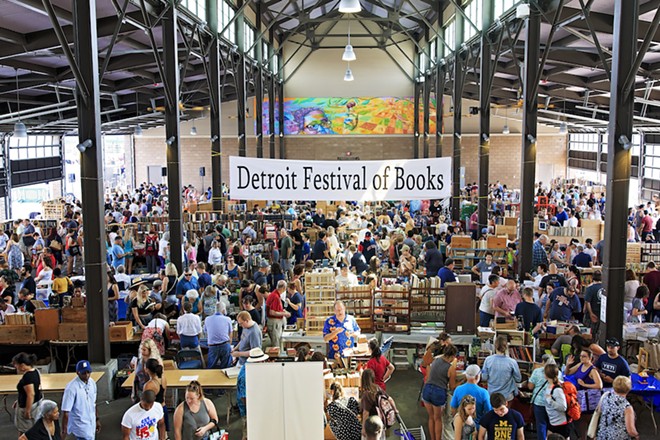 Long before we spent every waking minute simultaneously binge-watching TV series we’ve already seen 1,000 times (Gilmore Girls) along with the hottest new limited series that was only ever intended to last one season but overzealous studios decided to scrape together a second, less superior season (Big Little Lies, anyone?) there were books. Yes, those things that have been piling up on your floors, shelves, and bedside tables. You know, those things that collect dust and call to you from your weed-induced stupor as you decide whether to re-watch The Office or get high and watch that show where people build wild shit out of Lego.

Take it from us, The Office is lowkey problematic and, like, remember the pain of stepping on a rogue Lego brick in your bare feet? Pick up an effing book. Like, literally, any book. Want to read Harry Potter? Fine! Just pretend J.K. R*wling is just a pseudonym for someone who is not transphobic. Want to give Infinite Jest the ol’ college try? Go for it! The options are endless and, for anyone who doesn’t want to choose just one, the Detroit Festival of Books is returning to Eastern Market for a massive celebration of books and the people who read them. Touted as the largest book festival in Michigan, the Festival of Books will feature booksellers from across the state and is free to attend, while vendors keep 100% of their proceeds. Can’t make it out to the event? The Detroit Festival of Books is also hosting a virtual event all weekend long. Due to the limited number of in-person, folks from all around the world will be able to peruse and purchase many of the titles offered by this year’s participating virtual vendors.