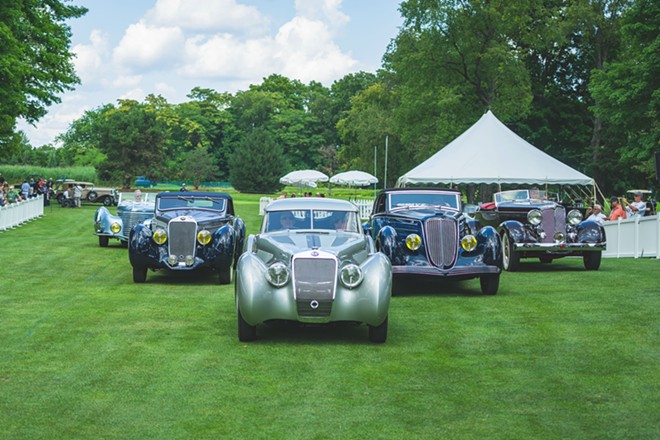 Have you ever seen the Black Ghost? As in the rare and totally famous triple-black Detroit-made 1970 Dodge Challenger R/T SE muscle car that would have Fast and Furious’ Dom Toretto fully torqued if you catch our Tokyo drift.

Well, you may have your chance at the 42nd annual Concours d’Elegance, which returns to the Inn at St. John’s in Plymouth. The annual juried showcase of rare and collectible cars will, once again, display more than 300 “significant classic and historically relevant” vehicles ranging from the Gas Light era to Modern Collectables and Super Cars to, yes, the Black Ghost.
This means you won’t see souped-up PT Cruisers nor a single 2003 Dodge Neon covered in coexist stickers and Darwin fish.

Anyway, the Concours d’Elegance will host three days of events, all of which may be available through various ticket packages and include a car art show, cars under the stars, battle of the brands, ride and drive, and the main event, in which the featured cars compete on the basis of engineering and design. This will be the event’s final year in Plymouth, where it’s taken place for the last 11 years. Next year, the Concours d’Elegance will move from July to September and will relocate to the Detroit Institute of Arts.