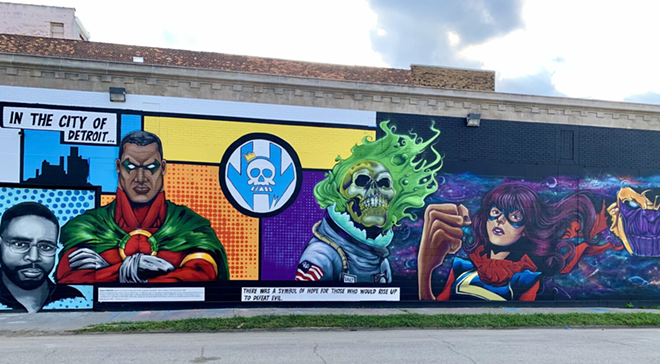 According to a press release, the grand opening will feature select free comic books, a video game truck by Round 1 Gaming Lab, DJs, the Buddah Foods food truck, discounts, and more.

Comic book fans can also check out a new mural designed by Sintex that features superheroes from Marvel, D.C., and Milestone Comics, as well as Vault of Midnight's "Lonely Spaceman" mascot.

First founded in 1996 in Ann Arbor, Vault of Midnight expanded to Grand Rapids in 2013 and downtown Detroit in 2016 on Library Street. The new Milwaukee Junction location is more than double the square footage of the former Library Street store.