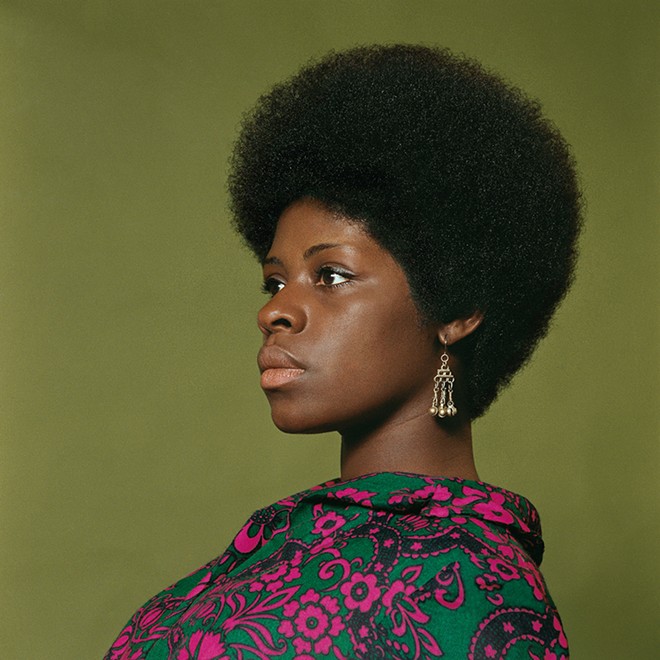 “Black is Beautiful” has always been more than a cultural catchphrase. Before it was a common adage used as a compliment within the Black community, it was a '60s movement. It was a phrase sprouted in rebellion that stands right next to “Black Power” in its Black cultural significance.

Perhaps no one is more responsible for that than New York City-based photographer Kwame Brathwaite. His portraits of Black women with afros and natural hairstyles defied all western standards of beauty. It was a rejection of the Ebony and Jet “Beauty of the Week” ideal of how Black beauty should be characterized. He used his camera to make Black women feel empowered and inspired.

On Friday, the Detroit Institute of Arts opens a new exhibition Black Is Beautiful: The Photography of Kwame Brathwaite to the public. According to the museum, it's the first major exhibition dedicated to Brathwaite, with more than 40 large-scale color and black and white photographs.

“I really felt it was important to bring in a photographer that could speak to the Black experience,” says Nancy Barr, curator of photography for the DIA. “What this exhibition really stresses is the work he did with the Grandassa Models. You can see large-scale photographs that were involved in the fashion shows that he organized in the 1960s, one actually came to Detroit in 1963.”

Grandassa Models was a modeling agency created by Brathwaite that centered Black beauty. The photographs of the models are bold, defiant, and beautiful. The brown-hued complexion on the 5-foot-by-5-foot portrait of model Ethel Parks is rich in energy. Her presence feels lifelike as her eyes seem to look back at you no matter what angle you’re viewing her portrait from. Another profile portrait of model Sikolo Brathwaite is subtle but confident as she wears a headpiece designed by artist Carolee Prince (credited as being an inspiration to Rihanna’s Fenty line). 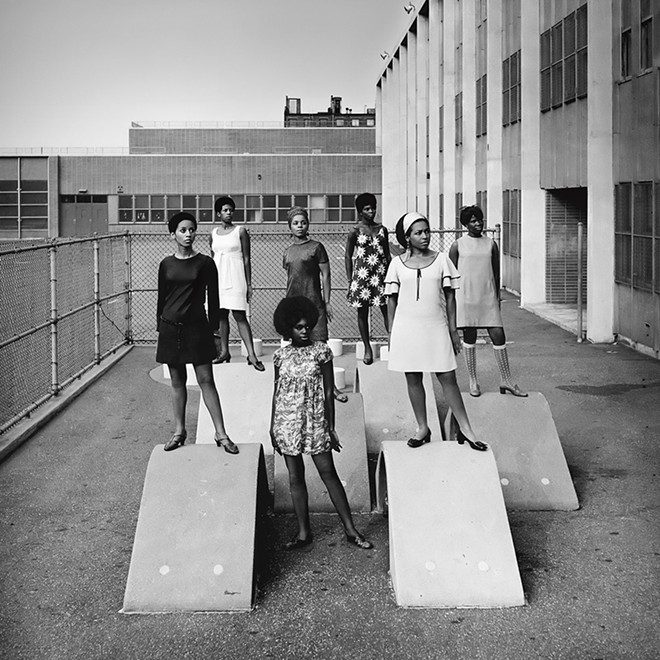 “This exhibition hits on a lot of points in regard to Black femininity, Black culture, Black history, and social activism,” says Barr. “Kwame really believed his photography was a tool for social activism and he really needed to record the things that were going on.”

The exhibit also features Brathwaite’s photographs of music greats Max Roach, Freddie Roach, Lou Donaldson, Abbey Lincoln, and Miles Davis. He documented the rallies from the “Buy Black Movement,” in which Black people were motivated to patronize Black-owned businesses, and there is also a display of the actual dresses the models wore, as well as various scenes from the Harlem nightlife.

“I hope people will connect and people will expand their consciousness around issues that impact Black representation,” Barr says. “They don’t really see that mainstream media is so dominated by white cultural figures, and I think this show brings a whole new dialogue to the table.”